Because Microsoft hitched Edge to Chromium's wagon, it had little choice but to go along with a recent Google change to release timing 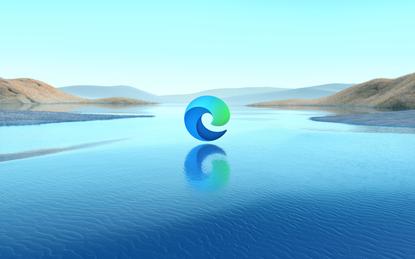 Microsoft, as expected, has synchronised the release schedule of its Edge browser with Chrome's, which Google had earlier announced would accelerate to an every-four-week cadence.

"As contributors to the Chromium project, we look forward to the new 4-week major release cycle cadence that Google announced, to help deliver that innovation to our customers even faster," the Edge team wrote in an unsigned March 12 post to a company blog.

The week prior, Google had declared that it would speed up the release tempo of Chrome to match that of Mozilla's Firefox by reducing the current six-to-eight-week schedule to just four weeks. The change won't happen overnight, but instead will take place in the fall, when the span between versions 94 and 95 will fall to four weeks.

Chrome 94 is set to release Sept. 21; Chrome 95 is to launch October 19. Microsoft will hew to the same schedule. "This change in release cycles is expected to start with Edge 94," Microsoft said, while pointing to a fleshed-out release calendar.

Microsoft has gotten into the habit of releasing the same-numbered Edge two days after the comparable Chrome upgrade. Because Google issues updates on Tuesdays, that means Microsoft does on Thursdays. The likely release date for Edge 94, then, will be September 23, and that of Edge 95, October 21.

Because Microsoft has hitched Edge to Chromium's wagon — the open-source project is responsible for building and maintaining the core technologies for Chrome, and since January 2020, Edge — the Redmond, Wash. company had little choice but to go along with the change to release timing. The only alternative would have been to delay Edge releases, obviously unacceptable.

Although Chromium's work is used by numerous browsers — Brave and Opera, for example, as well as Edge — Google calls most of the shots; not only did Google start Chromium, but its engineers continue to dominate its work. It's unclear, for instance, what voice, if any, Microsoft (and other makers) had in the release acceleration.

Also per Google's plans, Microsoft will offer a less-frequently updated edition of Edge aimed at commercial customers. This "Extended Stable" release will upgrade every eight weeks — thus skipping every other build — but will be serviced by security updates on a two-week tempo. Extended Stable will only be available to organisations that manage their machines.

The eight-week schedule of Chrome and now Edge pales in comparison to that of Firefox, whose Extended Support Release, or ESR, forswears feature and functionality changes for more than a year. ESR receives all security updates normally.

Last week was also a milestone for Edge: on March 9, Microsoft ended support for the original browser by that name.

Debuting as part of Windows 10 in mid-2015, the so-called "legacy" Edge never caught on. Rather than see it waste away, Microsoft abandoned its own home-ground rendering and scripting technologies and took up Chromium's, first offering the new Edge in a stable form 14 months ago.

With the end of support, legacy Edge will be a risk to run, as vulnerabilities will not be patched. Obviously, Microsoft wants its users to adopt the Chromium-fied Edge rather than switch to, say, Chrome or Firefox. To that end, next month's Windows 10 cumulative update — slated to arrive April 13 — will automatically remove the old Edge and replace it with the newer edition.