Secures Microsoft 365 and Google Workspace from ransomware, malware and phishing. 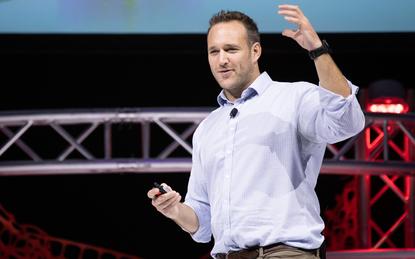 Backup and disaster recovery vendor Datto has ramped up its threat detection capabilities with the acquisition of Israeli cyber security vendor BitDam.

Bought for an unspecified amount, BitDam will now bring its security platform, which allegedly secures Microsoft 365 and Google Workspace from ransomware, malware and phishing, to Datto. The deal will see BitDam’s “elite” security team join Datto.

“Cyber resilience has been at Datto’s core since the launch of our flagship Continuity service and the Datto Cloud over a decade ago,” said Tim Weller, CEO of Datto.

“This acquisition marks an important step on our security journey, coming on the heels of our recent launch of Ransomware Detection in Datto RMM. Both deliver new revenue and margin opportunities to our 17,000 MSP partners just as cyber attacks on SMBs are proliferating.”

Meanwhile, BitDam’s CEO Liron Barak said he was “thrilled” to be joining Datto.

“Thanks to the talented BitDam team, whose excellence in cyber security technology innovation has led our journey here, our patented technologies can help protect cloud-based remote workforces from unknown cyber threats at an even greater scale through Datto,” he added.

The move comes hot on the heels of Datto’s acquisition of Australian MSP reseller platform Gluh, which has an integration with the vendor’s Autotask PSA. The acquired company was recently rebranded as Datto Commerce.

According to James Bergl, vice president of Asia Pacific at Datto, the tier restructure was a “big ask” from the partners who were seeking a more “standardised” system in line with other global vendors.