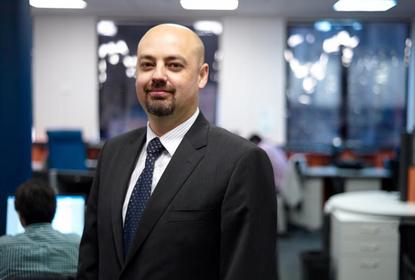 Australian listed telco and communications services provider MNF Group is in the midst of a series of technology trials with three large global customers in Singapore as part of its Asia Pacific expansion.

“These trials are the final step before going live in the Singaporean market which we expect to occur later this financial year,” MNF Group CEO René Sugo said. “We have taken a measured approach to ensure we are meeting the highest standard of customer service, consistent with our service levels in the Australian and New Zealand markets.”

The latest updates on MNF Group’s Asian expansion came amid the communications specialist’s half year results for the six months ending 31 December 2020, which saw profit after tax reach a new record of 79.3 per cent, to A$6.6 million, when compared to the same period a year ago. This builds on momentum seen in its FY20 results, which also saw a record profit.

Revenue remained unchanged for the half year at A$112 million, which was largely attributed to the reduction in international travel affecting the specialist’s global roaming business and domestic small business expenditure.

However, Sugo was hopeful that the flattening would only be temporary and would pick up again when international travel resumed and the small business sector’s confidence improves.

The flattening revenue offset the gains seen in its recurring revenue, which was up 15 per cent, year-on-year, to A$55.7 million, with Sugo claiming the specialist’s growth strategy is underpinned by the revenue type. He also said he was “particularly pleased” with MNF’s global wholesale business, which recorded recurring revenue growth of 55 per cent.

Sugo was also optimistic for MNF’s future, claiming that the specialist was on track to deliver earnings before interest, tax, depreciation and amortisation (EBITDA) of $40 million to $43 million for FY21.

At the same time, MNF Group revealed it had inked a binding agreement to sell its SIM-only mobile provider PennyTel over to wholesale customer Macarthur Telecom. The decision to divest the business and brand targeting those over 55 came following a strategic review of its direct businesses.

However, the agreement will allow MNF to still benefit from PennyTel through an ongoing agreement with Macarthur Telecom to continue to grow the customer base on the specialist’s wholesale enablement service, according to financial documents submitted to the Australian Securities Exchange (ASX).