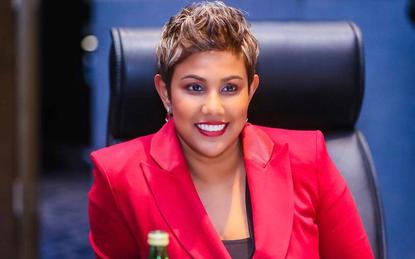 Channel Asia can reveal that the vendor has maintained the status quo to a large degree in ASEAN, retaining incumbents Ingram Micro and Tech Data to maintain a strong blend of global and local expertise, which also includes VSTECS, SiS Distribution, Virtus, Technopaq, Elite Technology and CTT.

Slight change comes in Thailand and Indonesia however, with Ingram Micro no longer required to distribute single product lines. Meanwhile in India, Ingram Micro and Tech Data have once again been retained with Redington terminated.

Forming part of a global review, the regional process - which also included Australia and New Zealand markets - resulted in 67 distribution entities taking part across Asia Pacific and Japan (APJ), including 22 distributors new to the VMware ecosystem.

“We had to balance the benefits of a global presence with specific market requirements,” said Uma Thana Balasingam, vice president of Partner and Commercial Organisation across APJ at VMware. “We are very reliant on our distribution partners and we wanted to ensure as part of this exercise that we are best positioned to take advantage of the partner opportunity.”

When speaking exclusively to Channel Asia, Balasingam said the vendor considered a “number of factors” during the process, spanning distributor, partner and customer requirements in the process.

“Alignment with our five franchise platforms was key, which covers digital workspace, modernisation, security, multi-cloud and virtual cloud networks," she said. "We also evaluated operational excellence from the ability to drive recruitment of partners and financial capabilities that a value-added distributor can provide, as well as additional offerings in terms of skill sets and ecosystem reach.

“It’s never a case that VMware in isolation is placed in front of a partner or customer, hence the ability to build practices around our advanced solutions. We also assessed cloud consumption model strength which was obviously a different weightage depending on the market.”

Specific to India, Channel Asia can also confirm that the transition will take place over a phased approach, with Redington set to be off-boarded by 1 May, to align with the end of VMware’s first quarter on 30 April.

“We paused the review because we didn’t want to disrupt our business during the pandemic but we went back with an updated evaluation process,” Balasingam added. “Not too extensive given the pandemic offered some learnings and new considerations but we went through that process during our third quarter which was August onwards to ensure our decisions remain relevant going forward.

“During this approach, we went back to some distributors to ask additional questions and secure additional clarifications on the investments they had put forward in their original proposal as to whether that was going to continue given the current situation.”

Long time in the making

The decision comes more than 16 months after VMware first placed distributors across the world on notice as part of a go-to-market overhaul, creating a bidding war in the channel.

At the time of the process, the RFP was reported to favour cloud-focused distributors, preferably ones with deep alliances to Amazon Web Services (AWS), alongside advanced software and security capabilities.

Aside from AWS, strategic alliances with Microsoft, Google Cloud and IBM also offer VMware new routes to market through a cloud-centric ecosystem of providers, alliances which are already being leveraged in Asia Pacific.

The initial pre-pandemic plan was to communicate results to distributors during VMware’s first half of FY21, which ended on 31 July 2020. Unsurprisingly, this was significantly delayed due to the outbreak of Covid-19, resulting in a formal decision to pause the process in early May.

As revealed by Channel Asia, the temporary postponement was designed to “minimise disruption and best support” customers and partners. The move was no doubt be greeted with mixed emotions in the supply chain, as incumbents breathed a sigh of relief and challengers went back to the drawing board.

Almost 12 months ago, VMware entered a new phase of partnering through the launch of a program grounded in technical expertise, dictated by customer priorities and challenging of traditional channel practices.

Billed by many as the most fundamental ecosystem overhaul in the vendor’s 21-year existence, Partner Connect - first revealed to the market in April 2019 - is a go-to-market strategy which suggests a shift in mindset for a technology giant built on the foundations of virtualisation.

Central to such changes were an increased focus on technical and services specialisation, backed up by integrations with recently acquired businesses Carbon Black, VeloCloud and Pivotal.

Furthermore, Partner Connect was a message to the vendor’s traditional base of partners that change is on the horizon, alongside an opening of the door to a newer breed of provider nestled in the world of cloud - the global distribution review is now expected to complement such a go-to-market overhaul.

Most recently, and as the channel continues to grapple with the economic impact and uncertainty of Covid-19 - hampered further by fluctuating investment priorities - forward-thinking VMware partners have been up-skilling in preparation for heightened customer demand across Asia Pacific.

Representing a silver lining amid months of industry pain, the ecosystem is now armed with competencies and certifications, ready and waiting as businesses battle back from the brink to restart transformation plans.

To address such a shift in market dynamics, 75 per cent of VMware partners across the region are “planning or considering” increasing staff training in relation to technology skills during the next six months, with 41 per cent already pursuing additional certifications.

According to recent VMware findings - profiling 410 partners across 22 countries in Asia Pacific, delivered via Tech Research Asia - more than two-thirds of technology providers are increasing focus on the vendor’s hybrid, multi-cloud and end-user computing solutions, supported by increased training investment.

While tempting to hunker down and wait for the pandemic to pass, partners have instead pursued the opposite approach – assuming central roles in transitioning customers away from continuity mode.