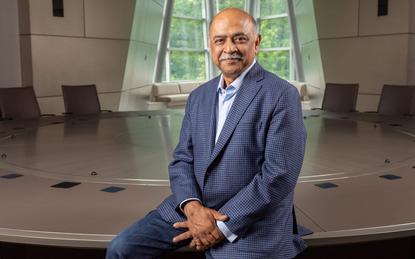 IBM hopes this year will see it return to growth after its full-year results for 2020 revealed revenue contractions across several of its business segments, with the exception of cloud and cognitive software.

The IT services giant has been making a concerted push in cloud, and particularly hybrid cloud, as it works to shake off some of the weight of its legacy offerings, a number of which have seen reduced demand in recent years.

So, it comes as little surprise that IBM's cloud and cognitive software segment appears to be the one business segment in the company’s latest full-year financial results report to witness year-on-year growth in terms of revenue.

Total cloud revenue for the year came in at US$25.1 billion, up 19 percent, while revenue from subsidiary Red Hat was up 18 percent — normalised for historical comparability. However, these gains were not enough to prevent overall revenue for the year to fall by nearly 5 per cent, year-on-year, coming in at US$73.6 billion.

It should be noted that IBM’s full-year results reflect transaction-related impacts associated with its US$34 billion acquisition of open source software provider Red Hat, which closed in July 2019, resulting in an impact of a US$2.04 billion pre-tax charge for structural actions in the fourth quarter.

IBM chairman and CEO Arvind Krishna, who was the company’s senior vice president for cloud and cognitive software before being named as its new CEO last year, unsurprisingly chose to focus on its gains in cloud, positioning the company’s expanding hybrid cloud business as its primary saving grace in the coming year.

“We made progress in 2020 growing our hybrid cloud platform as the foundation for our clients’ digital transformations while dealing with the broader uncertainty of the macro environment,” he said. "The actions we are taking to focus on hybrid cloud and AI [artificial intelligence] will take hold, giving us confidence we can achieve revenue growth in 2021.”

Certainly, if IBM’s results for the fourth quarter of 2020 are anything to go by, this goal may be achievable. Total cloud revenue in the fourth quarter was up to 10 per cent, year-on-year, to US$7.5 billion, although the company’s financial report shows a slight decline in revenue from the cloud and cognitive software segment, to US$6.8 billion, during the quarter.

Overall revenue for the quarter weathered a 6 per cent decline, to US$20.4 billion.

Regardless, IBM senior vice president and CFO James Kavanaugh remained upbeat, echoing Krishna’s sentiment that hybrid cloud is expected to save the company from further declines in revenue going forward.

“In 2020 we increased investment in our business across R&D and CAPEX, and since October, announced the acquisition of seven companies focused on hybrid cloud and AI," Kavanaugh said."With solid cash generation, steadily expanding gross profit margins, disciplined financial management and ample liquidity, we are well positioned for success as the leading hybrid cloud platform company."