With technology salaries projected to be broadly flat as the world grapples with the economic fallout of the COVID-19 pandemic, here is what software developers need to know about the 2021 jobs market 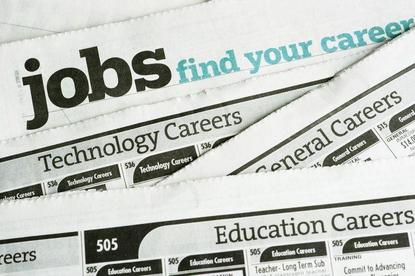 As one of the few employment areas to enjoy near constant growth over the past decade, software development faced new challenges during the ongoing COVID-19 pandemic, both for those working in the field and for those hiring them.

But during the pandemic, developers became even more important, as we all came to rely even more on software in our daily lives. As a result, many developers have been working more hours than normal and have had to quickly adapt to working from home and contending with their home broadband connection.

But software developers have not seen the broad elimination of jobs or cuts to pay that some other industries have seen. In fact, the number of software developer jobs has increased. The 2020 Worldwide Developer Population and Demographic Study by Evans Data showed the worldwide developer population continued to grow by 500,000 in 2020, reaching a total of 24.5 million. COVID-19 did slow that growth, to 2.4 per cent versus the predicted four per cent, the developer-focused research firm said.

Developer jobs are bouncing back

After a drop in the early days of the lockdowns, technology hiring did bounce back toward the end of 2020. In the US alone, tech occupations grew by 391,000 positions in December, according to industry association CompTIA, with software developer and application developer roles accounting for the largest share of new postings, at 62,900.

“As companies all over the world adapt to changes associated with different work environments, developer population growth is expected to increase in the coming years, with population growth recovering its pre-pandemic dynamism by as early as 2021,” the Evans Data researchers predicted.

One trend to keep an eye on in 2021 is the rise of remote hiring from companies willing to open up their candidate pool to those outside of established tech hubs. “We have seen a clear focus on remote employee hiring as a result of the pandemic and also those opening up to full time remote hiring,” said Josh Brenner, CEO of Vettery, which acquired the tech recruitment specialist Hired in November 2020.

[All dollar amounts in USD, except where stated otherwise]

Up to this point, software engineering salaries have seen near constant growth since 2016, according to data from Hired. Now, most technology industry estimates point to salaries staying flat, with software development perhaps bucking broader industry trends to grow a small amount as the year goes on.

That continued demand for software engineers is being driven by strong industry tailwinds, especially as organisations accelerate their cloud strategies as a result of the pandemic.

In the US, demand for software developer roles such as web developers, full-stack developers, and cloud engineers grew nearly 25 per cent from April-October 2019 to April-October 2020, according to analysis by LinkedIn. Demand for machine learning engineers and artificial intelligence specialists remained strong in 2020 also, rising 32 per cent over the same period. Similarly, in the UK these engineering roles saw about 45 per cent spikes in year-on-year demand over the same period.

“Technology roles have proven to be pandemic-proof as companies accelerate digital transformation and evolve their business models to respond to COVID-19. We’ve seen growing demand for software engineering specialists, machine learning engineers, and back-end developers across a range of industries,” said Janine Chamberlin, a senior director at LinkedIn.

Key developer skills to have on your resume

Deciding which skills and languages to invest your time in has never been an exact science for software engineers, but there are some clear directions of travel for those looking to give themselves a leg up.

While modern programming languages like Go, Rust, and Dart have shot up in popularity over the past few years, demand for expertise with established languages like Java and JavaScript is still strong. In fact, Java remains the second most in-demand skill for employers, behind SQL, per analysis from the popular jobs site Indeed.

Python programming has quickly risen to become the third most in-demand skill, according to Indeed. The money can be good, too, with the average salary for a Python-proficient developer at $91,000, according to PayScale, compared to $75,000 for a Java developer.

On the back end, containers and cloud are the most attractive destinations when it comes to in-demand skills. The most popular skillset here is proficiency with the Amazon Web Services (AWS) cloud stack, ideally with some Docker and Kubernetes expertise thrown in.

Analysis by Indeed showed job postings for AWS-proficient developers increased fivefold from 2014 to 2019, far outpacing Microsoft Azure and Google Cloud Platform demand. Demand for Docker skills were also up 4,162 per cent since 2014, and Docker was listed in more than five per cent of all US tech job postings in 2019.

Finally, if you can show proficiency with both front-end and back-end technologies, you may just boost your chances further. According to HackerRank’s 2020 Developer Skills Report, hiring managers at companies of all sizes “agree that full-stack developers are top priority,” with 38 per cent of them saying it is the no.1 role for them to fill in 2020.

The fraught jobs market could see a reduction in the already poor diversity and inclusion of minorities and women in the technology sector.

Data from the US Bureau of Labor Statistics showed employers across all industry sectors cut 140,000 jobs in December, with women accounting for all of the net job losses, losing 156,000 jobs, while men gained 16,000. A separate survey showed Black and Latina women were the worst hit, while white women made significant employment gains, CNN reported.

For female software developers, the numbers have also shifted dramatically down over the past year. The 2020 Global Development surveyby Evans Data showed that after peaking at 29.5 per cent of the developer population in 2018, the proportion of women dropped to 24.5 per cent in 2020.

That being said, the growing trend towards remote hiring and increasingly distributed teams does open up the candidate pool for organisations willing to expand their horizons. If employers make the effort, this hiring outside the established tech centres could help boost diversity of teams and also create opportunities for developers from lower socio-economic backgrounds, as they don’t have to travel for interviews or live in expensive cities to work or intern.

“The opportunity there will open up smaller markets where software engineers reside, and that has helped find better fit and more diverse candidates across the board, with 85 per cent of our network more likely to find a better match when they open up to remote,” said Vettery’s Brenner.

Software developers go back to the classroom

For better or worse, the pandemic has also freed up developers’ time to learn new skills, and many employers are jumping on the opportunity by offering more training resources to their engineering teams.

Technology training and resources specialist O’Reilly saw demand spike 24 per cent year-over-year for its enterprise learning tools in 2020, as companies look to leverage that time back to re-skill their employees virtually.