Former A/NZ boss has been with the GSI since 2017 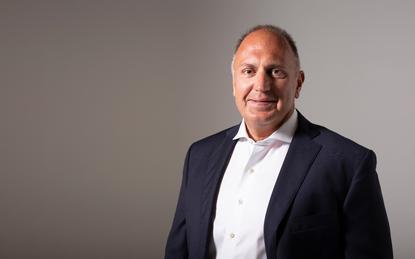 Capgemini has promoted Australia and New Zealand head Olaf Pietschner to head of Asia Pacific as part of a global reshuffle.

Pietschner will now hold the title of CEO of the Asia Pacific strategic business unit and will relocate to Singapore, as well as join the global executive leadership team. Pietschner will continue to oversee A/NZ as part of his new role and will replace Luc-Francois Salvador, the former Capgemini APAC head.

In a statement to ARN, Pietschner said he was "humbled" to take on the new position.

"Capgemini in Asia Pacific is a growth engine for the group, and I am excited to be leading our talented team into the next chapter of growth in the region, focused on data and cloud services," he said.

Originally from Germany, Pietschner first joined Capgemini Central Europe for two years between 2002 and 2004 before returning as chief operating officer in 2017. A year later, he was promoted to managing director, replacing the outgoing trans-Tasman leader Nicolas Aidoud.

As part of a global restructure, Capgemini has now created strategic business units across the world, bringing its leaders into a global executive committee. Units include Northern Europe, Southern Europe, engineering and R&D global business, innovation and sales, alongside APAC.

“I am delighted to welcome such strong and talented executives from across the Group to our leadership team,” said Aiman Ezzat, CEO of the Capgemini Group. “Each of the newly appointed executives, announced today, brings to their position a series of outstanding achievements and a depth of experience from which our clients, team members and the Group as whole will benefit greatly.”

Last year, the French systems integrator inked mammoth a deal to acquire Australian consultancy firm RXP Services in a deal worth roughly $95.5 million. As a result, RXP will become a wholly-owned subsidiary of Capgemini Australia.