Pandemic ushers in the next era of enterprise cloud adoption

Covid-19 has pushed global cloud spend up even further, as companies look to modernise at a faster clip in response to more remote working and digital engagement with clients and customers 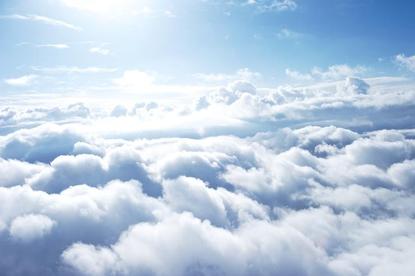 The broad industry shift to the cloud was well underway by the time Covid-19 started to spread around the globe in March 2020, but there is clear evidence that cloud adoption has accelerated at a previously unforeseen pace as a result of the pandemic.

Data from Synergy Research — which diligently tracks global cloud spend and market share — showed enterprise spending on cloud infrastructure services (IaaS, PaaS, SaaS, and hosted private cloud services) reached $65 billion in the third quarter of 2020, up 28 per cent from the third quarter of 2019 and up three per cent from what analysts expected before the pandemic hit, adding around $1.5 billion of spending for that quarter alone.

“It is quite clear that the Q3 market was out of sync with the trends and substantially larger than would have normally been expected,” said John Dinsdale, chief analyst and research director at Synergy Research. “Logically the effects of the pandemic are the only reasonable explanation for that boost in the market.

Spiceworks Ziff Davis, a business-to-business tech marketplace, polled 1,073 IT buyers in June and July of 2020 for its 2021 State of IT report, finding that budget holders plan on aggressively shifting away from owning hardware to operating more cloud services.

The companies powering this transition also reaped the rewards in 2020, with cloud stocks — as represented by cloud-dominated exchange traded funds (ETFs) such as the First Trust Cloud Computing ETF (SKYY) and the Global X Cloud Computing ETF (CLOU) — far out-performing the market in 2020.

For cloud spending, the only way is up

Worldwide public cloud spending is forecast to rise 18.4 per cent in 2021 to total $304.9 billion, according to the latest figures from Gartner. Subsequent survey data indicated that 70 per cent of organisations plan to increase their cloud spending in the wake of the disruption caused by Covid-19.

“The pandemic accelerated cloud spending,” said Ed Anderson, a research vice president and distinguished analyst at Gartner. “When you look at spending overall, people moved into the cloud to support their need to control costs, support new remote work patterns, and maintain the viability of their businesses.”

Technology industry analysts cannot always be relied on to agree, but on the topic of cloud spending growth, they are unanimous.

“Cloud investments were accelerated in 2020, and those successful with that will continue to spend at that level and another 20 per cent or so will still increase,” said Carla Arend, senior program director for software and infrastructure at IDC in Europe.

These projections suggest that any cloud investments made last year in response to the pandemic are likely to continue. “When people move a process or app into the cloud, it tends to stay there,” said Gartner’s Anderson. “If you extrapolate that into 2024, you end up with an uplift of tens of billions of dollars overall.”

Take Danny Attias, chief digital and information officer for blood cancer charity Anthony Nolan, who was already far along in his plans to move core systems such as its donor CRM and high-performance DNA sequencing applications out of its data centres and onto Microsoft Azure and Google Cloud infrastructure. Then the pandemic hit, and this strategy went into hyperdrive.

“We accelerated our strategy last year,” he told InfoWorld, tripling its Azure spending in 2020 from 2019 levels while also bringing the total cost of infrastructure and platforms down by 40 per cent, proving out the value of the cloud strategy.

Not everyone is increasing cloud spend

IDC updated its models in November to factor in the effects of the Covid-19 pandemic, with IaaS investment levels remaining surprisingly flat after the adjustment.

“Our reasoning is two trends are happening at once: A slowdown of the economy and the acceleration of adoption of cloud services net out to our original forecast pre-pandemic,” Arend said. “A third of the market will severely decrease their spend, so that needs to be factored in, despite the general acceleration of cloud spending.”

Anderson also notes that Gartner’s projections haven’t jumped as dramatically as some might expect, mostly due to the overall dampening effect of the broader economic slowdown caused by the pandemic. “That initial surge happened but at the same time you saw a compression of overall budgets. That created a dampening effect on what would have been a huge surge,” he said.

But any lingering discrepancy between cloud laggards and leaders is only due to shrink in 2021, as organisations realise they need to modernise fast, or risk extinction.

A January 2021 report by IDC and the vendor Cloudreach surveyed 200 CIOs about their cloud migration plans, finding that 29.5 per cent of respondents accelerated their digital transformation plans as a result of the pandemic and 33.5 per cent continued on their existing path.

For 16 per cent of respondents, the pandemic triggered plans for a broader digital transformation, and only four per cent had no plans to transform their business. Furthermore, 27.5 per cent said a large-scale migration to public cloud was “essential for survival.”

As banking industry watcher Jim Marous wrote, “In 2021 financial institutions will need to determine their commitment to improving digital banking experiences and prioritise technology investments to support a multichannel future.

"In other words, organisations of all sizes will need to evaluate their digital transformation journey in light of what has occurred in 2020.… Cloud computing can assist with many of these initiatives, assisting with agility, scale, product innovation, and analytic projects.”

A mindset change in favour of the cloud

While the numbers show a broad acceleration of cloud adoption, Covid-19 has also changed many organisations’ attitudes to the cloud.

“Many people I spoke to saw this mindset shift at the board level in April and May,” said IDC’s Arend. “This mindset shift is a consistent story I hear from many conversions, that any lingering skepticism of cloud services has gone.”

“There will always be some doubters for reasons of conservatism or legacy investments and skills, but 2020 has absolutely been the strongest proof point that cloud works, scales, and is resilient,” said Paul Miller, a principal analyst at Forrester.

One sector that has been highly reliant on flexible cloud services to meet customer demand during the pandemic has been retail, and more specifically, groceries.

Phil Jordan, group CIO at British retailer Sainsbury’s says he saw “three years of adoption in three months” from employees last year when it comes to more cloud-based collaboration tools such as Microsoft 365. “The strategy hasn’t changed but what changed materially was the adoption and barriers to adoption,” he said.

The retailer has also been able to leverage the flexibility of cloud services to scale its e-commerce operations to meet volatile demand, as the UK government changed guidelines regularly through the year.

Now Jordan is looking to push more legacy workloads, generally residing on the supply chain side of the business, into the cloud. “The urgency to have the same consumption model for all workloads has definitely accelerated,” he said.

Although much cloud spending was made up front immediately in the wake of global stay-at-home orders in March 2020, the cloud has proved itself extremely valuable in these highly volatile times, and organisations certainly won’t be going back to the old way of doing things.

The cloud genie is out of the bottle across all industry sectors, and there is a small number of dominant vendors primed to reap the benefits for years to come.