Global telco cloud revenue is expected to grow at a five-year compound annual growth rate of 27 per cent. 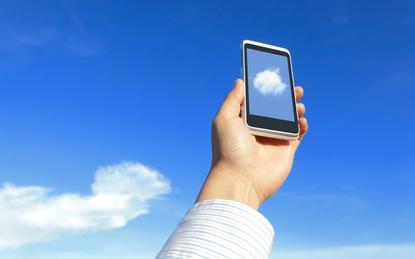 Global telecommunications cloud revenue is forecast to grow to US$29.3 billion by 2025, and the Asia Pacific region is predicted to make up roughly a third of the whole pie, at US$9 billion.

That global growth represents a five-year compound annual growth rate (CAGR) of 27 per cent, according to tech market advisory firm ABI Research’s The 36 Transformative Technology Stats You Need to Know for 2021 whitepaper.

The primary force behind the global growth, the firm predicted, is to be cloud infrastructure-related investments, such as virtual network functions (VNF), management and network orchestration (MANO) and cloud native functions (CNF).

With cloudified environments added to the telco business landscape, this is expected to cause shifts in the value chain, the white paper noted, such as a move towards multi-vendor approaches to give telcos more than one option for telco cloud deployment.

Kangrui Ling, 5G core and edge networks research analyst at ABI Research, said this may include some benefits, like avoiding being locked into any individual vendor, but there are some elements of this shift that need to be considered.

“It also requires substantial coordination of effort, not only through robust MANO, but also between stakeholders during certain key phases of the telco cloud deployment, such as the design and planning phase," he said.

In addition to the global telco cloud market’s long term growth forecast, the whitepaper also forecast 5G network slicing to generate US$8.9 billion by 2026 with a CAGR of 76 per cent, but Don Alusha, senior analyst at ABI Research, said this was arguably “a drop in the bucket for Communication Service Provider (CSP) service revenue”.

Meanwhile, the broader industry’s growth opportunities are forecast to vary in line with their respective digitisation initiatives and readiness to adopt technology such as 5G core networks and cloud-native principles.

On the flip side, hyperscalers such as Microsoft and Amazon are positioning themselves to take advantage of the situation, particularly on edge computing deployments, with telco-specific solutions such as Amazon Web Services (AWS) Wavelength and Microsoft Azure Edge Zone.

"Though moderate in the next five years, new value creation abounds, but the jury is still out who captures what parts of the bigger emerging 5G edge and network slicing ecosystem," Alusha added.