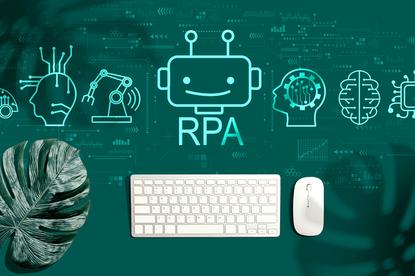 CEOs used to gather in executive club lounges and ask each other what stock market investments they were making, how things were getting along down at the golf club and how their employee base was performing.

But today, the stock market in 2020 may be too volatile to warrant too much analysis, golf has been mostly off the agenda... and people are now only part of the equation.

As we’re so often reminded by the technology industry, people now stand alongside data and information intelligence in a new and combined resource pile for digital business.

What the CEOs should actually be asking each other now (if they are allowed to meet in compliance with socially distanced common sense) is: how are your people, how are your processes and how are your programmable workflow products, or robotic process automation (RPA) bots, doing right now?

Technology analysts suggest that a key route to getting people and digital workflows to run in harmony with each other is through the use of both task and process mining.

At the most basic level, task mining explores individual user interactions at the desktop level through the installation of a local ‘software agent’. The agent records keystrokes and mouse clicks within the context of the application being used within agreed privacy guidelines. Process mining is task mining’s older cousin and looks at enterprise application log files, data flows and system workload demands.

The magical analysts at Gartner recommend that enterprise organisations combine both task mining and process mining as complementary approaches to, “Create better visibility and understanding, driving the success of the mining at both the process and task level.”

Oh, that’s what end-to-end means, thanks

If this exposition provides us with some kind of setting to think about how to bring RPA software bot automation to bear in real world organisations, perhaps it will allow us to actually offer some meaning to that most wholly woolly of technology terms: end-to-end.

If we know where a human work task starts; are able to track its progress (through task mining) inside a wider enterprise system workflow (through process mining); define the point at which elements of work can be handed over to software bots; provide a gateway to so-called ‘human handoff’ (when the bot is flummoxed and needs human insight to go forwards); and dovetail the two streams until a work item is completed and all supporting logs, support tickets and other annotating meta-information streams are executed, completed and stored… then we’ve gone from one end to the other end.

One firm operating in this space is Abbyy. Stemming from a developmental background in optical character recognition (OCR) - digitising and ingesting documents is fundamental to task & process mining after all - Abbyy now prefers to call itself a digital intelligence platform company.

In fairness to Abbyy, the company has developed considerably in its almost 30-years on the planet and now offers more extended process mining technology, the flagship of which in its product set is called Timeline 5. This is a product that analyses desktop user interaction data and links it with process details mined from system event data.

During the Covid-19 pandemic, two-thirds (66.7 per cent) of organisations encountered broken processes, according to a global Forrester study conducted in Q1 2020. The CMO at Abbyy Scott Opitz suggests that the primary cause of these challenges is that business process management (BPM) RPA and process mining tools lack the ability to understand the details of variable processes all the way down to the steps users take.

Unstructured mining to tap all seams

Abbyy claims to go beyond existing approaches to process discovery and mining by combining complete visibility into business processes with insights from unstructured and semi-structured content delivered by the firm’s Content Intelligence suite.

“Process mining tools have helped organisations to better understand their business processes at a high level, but have not been able to provide granular insight into the critical steps their users perform. Task mining is specifically designed to expose these blind spots and provide the details necessary for successful automation or workforce optimisation,” noted Opitz, in an interview this week.

Opitz has said that his firm’s latest updates to Timeline 5 allow organisations to identify, design, implement and monitor their RPA, analytic process automation (APA) and intelligent document processing (IDP) initiatives so they can realise the greatest returns on those investments.”

It is perhaps unfortunate that this corner of the technology firmament gets labelled with the term mining. Data mining, task mining and process mining just don’t like the most user-level exciting thing there is. Of course, that’s precisely because it’s not user-facing, it’s the lower substrate level that we want to work magically and not worry about.

If technology mining sounds like a turn-off, perhaps we could call it bot fuel dynamite blasting. Now there’s a new discussion topic to throw down at those golf club soirees.