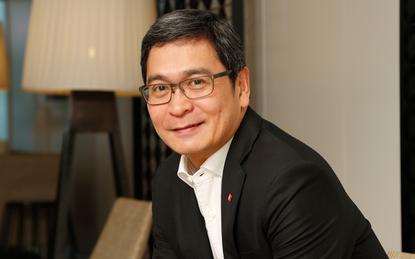 Terms of the partnership - which has ran for more than 20 years - will see Big Blue provide end-to-end management services to simplify IT infrastructure while optimising existing software and application workloads at the Singapore-based banking giant.

“IBM has been the technology partner of DBS Bank for over 20 years,” said Martin Chee, managing director of Singapore at IBM. “This new seven-year agreement is a reaffirmation of our capability in the banking industry and the value we bring to this relationship.

“IBM will work closely with the DBS team, to enhance their customers experience through encryption everywhere, hyper scalability, performance, availability and transaction integrity on the new z15.”

From a technology standpoint, Chee said IBM z15 is designed to enable DBS to modernise mission critical applications, backed by 15 per cent improvements in core engine performance compared to the z13 offering. This is in addition to newer compilers and energy efficient cooling technology, which has the potential to enhance energy performance by 25 per cent compared to the z13.

“IBM has been a long-standing partner of DBS as we evolved our technology infrastructure to better serve our customers,” added Jimmy Ng, group CIO at DBS. “We are pleased to continue this relationship as we now leverage the speed, compute power and efficiency promised by IBM z15 to meet our growing technology needs resulting from the rapid acceleration in digital adoption among consumers amid Covid-19.”

As revealed by Channel Asia, IBM doesn’t want any distractions on the road to becoming a prodigious hybrid cloud player, evident through plans to eliminate one of those diversions by spinning off the $19 billion Managed Infrastructure Services unit of its Global Technology Services division.

The move creates an as-yet-unnamed firm, tentatively dubbed ‘NewCo’, which won’t actually be created until 2021 but will quickly be a big provider of managed infrastructure services.

Specifically, the division employs about 90,000 staffers, has more than 4,600 clients in 115 countries—including more than 75 per cent of the Fortune 100—a backlog of $60 billion in orders, and more than twice the scale of its nearest competitor, IBM stated. That would include Accenture, Fujitsu and Huawei.