According to Intel, 11th-gen Tiger Lake is on its way to Chromebooks 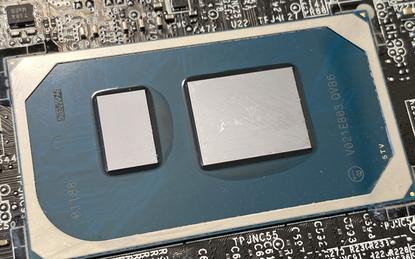 Intel’s new 11th-gen Tiger Lake CPUs will be the “best processor for Chromebooks,” the company said in a blog posted on Monday.

The claims were put forth by Intel technology evangelist Marcus Yam, who cited several popular benchmarks including WebXPRT, Speedometer 2.0, and 3Dmark Slingshot.

Yam made the post on Medium.com, coincidentally the day before AMD made public that a Ryzen for Chromebooks would soon be out. Yam’s post seemed to rub in the fact that Intel’s relationship with Google and Chrome OS is a long one.

"Intel’s deep partnership with Google on Chromebooks goes back to the very beginning, and we have continued to drive innovations in leading Chrome OS devices throughout the decade since," Yam wrote. “In the last five years, Intel’s processors have powered more than 57 million Chrome OS devices shipped, accounting for more than 90 per cent of all Chrome OS devices.”

If you’re wondering whether Intel’s claims of performance are true, we don’t doubt it. PCWorld recently kicked the tires on an 11th-gen Core i7 “Tiger Lake” and found it to be a big upgrade, putting Intel at the front of the line with its Iris Xe graphics, as well as superior AI and high clock speeds. And yes, Intel is still pushing its storyline that real-world tests matter more than synthetic tests.

“As Chrome OS enters its second decade, we remain steadfast in delivering real-world performance that is more critical than ever with users demanding more from their machines in the rapidly evolving telework and virtual learning environments today,” Yam wrote.

The 10th-gen laptop is not Intel’s Ice Lake chip, but rather an older 14nm Comet Lake process that’s feeling pretty long in the tooth. Chromebooks with Ice Lake are extremely rare--the first one we know of wasn’t announced until June, or almost six months after Ice Lake made its debut.

Even if the 11th-gen CPU had been compared to a 10nm, 10th-gen Ice Lake Chomebook, our money would be on 11th-gen. Its Intel Xe graphics are a major step forward. Its high clock-speed due to Intel’s SuperFIN transistor technology also gives it a big edge over the 10nm 10th-gen Chromebooks.

Intel's announcement probably isn't as much about touting its own improvements as distracting users from AMD’s Ryzen for Chromebooks. Chromebooks are still going strong, and no one wants to give up their piece of the pie.