Should businesses upgrade tape drives to the latest standard?

A recently released standard for linear tape-open—LTO-9—sets the scene for faster drives with more capacity, but are they a must-have? 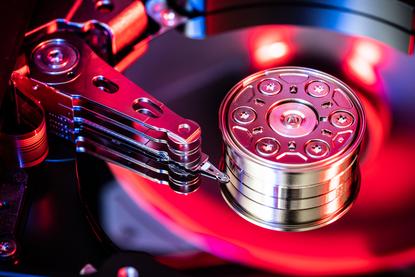 With the recent release of the linear tape–open 9 (LTO-9) standard, tape drives with increased capacity and speed should be available soon, but that doesn’t mean users of tape drives should rush to buy them.

Here are some of the pros and cons to weigh when considering whether an upgrade is in order.

Tape drives are a very reliable way to write data to storage, and are very good at holding onto data for multiple decades. They make an excellent medium for long-term storage and for shipping large amounts of data across long distances (a FedEx truck has unlimited bandwidth).

What tape is not good at is going slow. LTO-8 has a compressed transfer speed of 900MB/s, which is significantly faster than most any back-up you're going to send to it. It's definitely faster than any incremental back-up that will be sent to it, and that comprises most back-ups. That makes tapes as the initial target of back-ups problematic.

It’s OK to use tape to copy your back-ups for off-site purposes, because your disk-based back-up system can be used as a cache for your tape drive, which should allow it to stream at a decent rate during the copy process. But it is next to impossible these days to properly design a back-up system that sends incremental back-ups across the network directly to tape.

Why to upgrade your tape drive

There are three reasons that could justify upgrading your tape drive. The first would be if you have a task that uses large amounts of tape on a regular basis and upgrading to a faster tape drive would increase the speed of that process.

For example, it might make sense for a movie producer using cameras that produce petabytes of data a day who want to create multiple copies and send them to several post-production companies. Copying 1PB to tape takes 22 hours at LTO-7 speeds, and LTO-9 would roughly halve that time.

The three companies behind the standard have not advertised the speed part of the spec yet, but it should be somewhere around 1200-1400 MB/s. If the difference between 22 and 11 hours changes your business, then by all means upgrade to LTO-9.

If you are currently paying by the tape for shipping your tapes or storing them in a vault, a financial argument could be made for upgrading to LTO-9 and copying all of your existing tapes to newer, bigger tapes. You might be able to significantly reduce those monthly costs if you’re using LTO-8 tapes and reduce them even more if you’re using LTO-7.

The final good reason to upgrade is if your current tape drives are so old you can no longer obtain service for them or that, because of their age, require prohibitively expensive service contracts. It is possible that replacing your old tape drives with newer LTO-9 drives might actually be less expensive than maintaining a service contract on your older tape drives.

LTO standards are read-compatible to two previous generations, and write-compatible to one previous generation. That means that the oldest tapes that LTO-9 drives will be able to read are LTO-7 and LTO-8 but not tapes older than that. If you have older drives you will be forced to do one of two things: Keep some of your older tape drives or transfer all of your older tapes onto newer tapes.

If the reason you are upgrading is because your current tape drives are too old and not serviceable, the first option really isn't available to you. That is unless you keep them around just in case and take them off a service contract.

The second option is more likely, and a good back-up or archive product should be able to help you consolidate all of your older back-up tapes onto newer tapes. This will also be required if the reason you are upgrading is to reduce your monthly cost of storing the tapes.

Realise that although tape drives are very good at writing data, such a process is never risk free. One bad bit in 1019 bits is still more than zero, so recognise that this kind of error exists and work it into your process.

One thing you might do is consolidate all of the older tapes onto newer tapes, but then safely store the older tapes somewhere just in case one of the copies went bad. Or you could create two copies on newer tape because the odds of a bit error in the same place during both copies is 1019 X1019.

Risks of not upgrading

There are risks involved in not upgrading, the biggest of which have to do with the lifespan of your current tape drives. Can you still buy additional new tape drives of the model that you are using? If so, your risks of not upgrading at this point are relatively low.

Even if you can no longer buy new tape drives of your current model, you can still probably get the ones you own serviced. As long as your current tape drives are serviceable with parts and technicians that know how to service them, there shouldn't be too much of a risk of holding onto them. But remember the cost of the service contract may be too steep for your budget.

The most important point is that many people upgrade their tape drives because they think that buying faster tape drives will make the back-up or archive system faster. That is not a reason to upgrade unless you know for a fact that you are already maxing out the transfer rate of your current tape drives, which is unlikely. I have never seen that happen in production.

Take a look at the reasons for upgrading and the risks, and weigh them against the risks of not upgrading. In the end, it's your company's data and money, so it's your call.