HPE fights back in hyperconverged, makes gains over Dell and Nutanix

Reports hardware growth of 53.5 per cent during second quarter 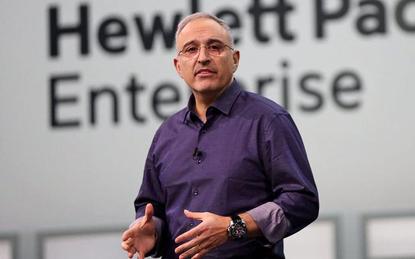 The technology giant posted ‘branded hardware’ revenue growth of 53.5 per cent during the three-month period, compared to declines of 2.6 per cent and 2.0 per cent for Dell and Nutanix respectively. Such an increase - rising from US$84.7 million to $130 million year-over-year - has resulted in market share gains of 2.4 per cent, reaching 7.0 per cent from 4.6 per cent within the space of 12 months.

Delving deeper, systems running Nutanix hyperconverged software accounted for $554.1 million in vendor revenue at 29.8 per cent of the total market.

“Both amounts represent the value of all HCI hardware, HCI software and system infrastructure software sold, regardless of how it was branded at the hardware level,” an IDC report stated. “As hardware sales are a major factor in these data, the chart [below] should not be assumed to solely reflect, or completely align with, the respective companies' overall software performance.”

"The certified reference systems & integrated infrastructure and integrated platforms segments both declined this quarter while the hyperconverged systems segment was able to witness modest growth despite headwinds in the market. This growth was mostly due to strong HCI performance in Asia Pacific, especially in China and Japan.”

The certified reference systems and integrated infrastructure market generated just over $1.5 billion in revenue during the second quarter, representing a decline of 7.6 per cent year-over-year and accounting for 39.1 per cent of all converged systems revenue.