SAP eyes growth, but not at the expense of margin

SAP's five-year strategy to 2023 foresees expanding margins by five percentage points, as the group shifts to hosting its services at remote data centres on a subscription basis 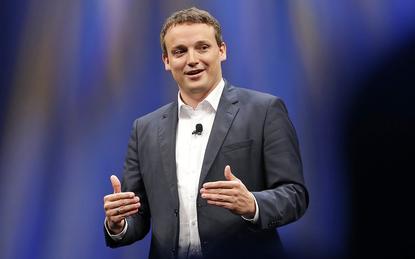 German business software group SAP will, under new CEO Christian Klein, pursue growth, but in so doing has no intention of sacrificing its goal of expanding margins in the medium term, a senior executive has said.

"There should not be any doubt towards our commitment towards driving growth and increasing efficiency," Mucic said in a fireside chat at an online tech conference organised by Citi. SAP would not sacrifice growth by being one-dimensionally focused on company-wide margins, he added.

SAP's five-year strategy to 2023 foresees expanding margins by five percentage points, as the group shifts to hosting its services at remote data centres on a subscription basis - a more predictable model than its legacy software licences.

Mucic also said that management was working to complete preparations to float Qualtrics, the customer-experience tracking platform that it acquired for US$8 billion nearly two years ago, but did not give an update on timing.

The partial float would enable Qualtrics to resume rewarding its executives with equity-based incentives - in contrast to SAP's cash settlement of its share-based compensation that tends to rise in line with its share price.

For SAP, which will retain control over and continue to consolidate Qualtrics after the initial public offering, the shift should have a positive overall effect on SAP's cash flow, Mucic told the Citi event.