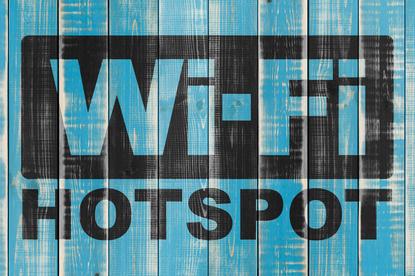 The onset of the pandemic caught most organisations unware, and IT departments were no exception. They had to address that workers could suddenly no longer safely come into the office, doctors needed to stand up telemedicine services, and professional and amateur sports were just generally scrambling.

Groups like the Information Technology Disaster Resource Centre have been at the forefront of many such efforts, particularly those being undertaken by municipalities and school districts. The group helps provide technological know-how through volunteer workers, and help keep organisations connected in the wake of disasters.

After Covid-19, the group has been a lot more active, according to operations director Joe Hillis.

“The premise behind this was to be a place where anyone in the tech sector could come to use their skills after a disaster,” he said. “This year’s an outlier. We landed a $2 million grant from Facebook for Covid-19 response, and we’ve had several million dollars’ worth of hardware donated from Ruckus and Cisco.”

The group encourages organisations to place Wi-Fi in locations where the access points can simply be connected back to existing networks – APs in parking lots connected back to a school or library, for example.

The town of Navassa is a small town just west of coastal Wilmington, along the Cape Fear and Bismarck rivers, with a population of about 1,500. When Covid-19 struck, it merely added to the problems faced thanks to lingering aftereffects from Hurricane Florence in 2018, according to Mayor Eulis Willis

“It got to be pretty urgent because we had some damage from the last hurricane,” said Willis. “So we had to move people into the community centre.”

The community centre, two public parks and the town hall now have socially distanced spaces for Wi-Fi use, provided in part by the ITDRC. It installed the access points, with backhaul provided either by the existing network connections in those buildings, or through new connections donated by local ISPs. In the cases of the town hall and community centre, Wi-Fi repeaters pushed access to the internet out from the building proper into the parking lots.

Part of the need for connectivity was such an urgent matter, according to Willis, is that Navassa has low-to-moderate income students who don’t necessarily have internet access at home, which complicates providing socially distanced schooling.

“I noticed a few years ago that they’d gather around town hall,” he said. “Turns out they had these cellphones and no Wi-Fi. “Even if the kids have access to the internet, a lot of times their parents can’t afford it.”

Keeping kids in school was also high on the list of priorities for the authorities in and around Santa Fe, N.M., particularly on tribal lands. The CTO of the Santa Fe Indian School is Kimball Sekaquaptewa, who’s responsible for IT support for the 700-plus students who attend. Of those students, many live far from the city campus, on tribal lands.

“When we closed schools in mid-March, we did it at an hour’s notice,” she said. “We gave them all a Chromebook and sent them back to the least-connected parts of the state…Our families don’t necessarily have the bankability to get post-paid cellphones sometimes.”

Further complicating the issue was the fact that leaders closed the borders of tribal lands in response to Covid-19, so some students couldn’t even go to a McDonald’s or Starbucks for an internet connection.

The response from the Santa Fe Indian Schools has been focused, from a technological standpoint, on bringing Wi-Fi connectivity to these underserved areas. The school, in partnership with the New Mexico Public Schools Indian Education division, bought 100 Cradlepoint routers with Verizon LTE connectivity.

Some are installed in fixed, central locations, while others are mounted on tribal vehicles and in school buses. The ITDRC is also involved with this project, installing Wi-Fi access points to bring the connectivity provided by those Cradlepoint routers to people who need it.

More of those cellular-backhauled access points are going up every day, according to Sekaquaptewa, and moves are afoot to use some existing fibre installations to provide high-speed connectivity to students and their families.

Somerset Community College is located in Somerset, Kentucky, about two and a half hours away from Lexington and Louisville, in the southern part of the state. The school is part of Kentucky’s Community and Technical College system, with a total enrolment of around 6,000 students.

“When the pandemic hit and we had to shift from brick-and-mortar to virtual, in a matter of just a few days, one of the first things we started realising was the need for outdoor Wi-Fi,” said Dr. Bruce Gover, SCC’s vice president of institutional effectiveness, one of whose responsibilities is to act as CIO.

As in Santa Fe, many SCC students, particularly in more rural areas, don’t have access to the type of high-speed internet connectivity they need, he added.

One of the other main issues the school faced, he said, was the reach of Covid-19 and the fact that a huge number of other institutions were trying to tackle the same problem at the same time. Backorders for equipment were lengthy, and simply extending Wi-Fi from the buildings was hit-and-miss.

SCC ultimately settled on using a wired connection from its campus buildings out to the parking lot, where Cisco outdoor routers could provide coverage to students socially distancing in their cars. The school currently has five of the routers, but it’s looking to get as many as 20, for additional coverage areas and more complete coverage in existing locations.

“It was much easier to run this back to the network,” said network manager Chris Roberts. “We have a primary ISP we use for campus, but for the parking lot access, we have a secondary ISP,” in the form of a local cable provider.

Roberts said that implementation was fairly straightforward – the system uses a standard captive portal for sign-in – and that the wireless-LAN controllers were more or less plug-and-play.