Ahead of Azure, AWS, Alibaba Cloud and IBM Cloud 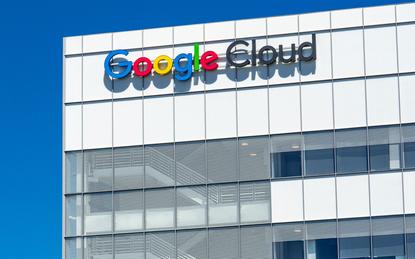 Recent research has placed Google Cloud as the number one cloud provider for the retail industry. Its top ranking was due to its "vertically-aligned strategy", with retail being a core segment for the platform, according to research firm Canalys.

The research also referred to its aggressive hiring strategy and multiple international partnerships, which include the US-based retailers Best Buy and Target, as well as the Germany-based retailer Metro. Second place went to Microsoft Azure, while Amazon Web Services (AWS) took third, with Alibaba Cloud coming in fourth and IBM Cloud bringing up the rear.

Azure and AWS were praised in particular: the former was noted for offering over 2,000 retail specific applications in its partner network, while the latter was recognised for its experience in retail and its “unique” retail competency program that validates partners’ technical proficiency and customer success.

However, since AWS parent company Amazon is considered to be a “major competitor” to the retail sector, this in fact may work against its own cloud provider, Canalys research analyst Blake Murray claimed.

“Due to this competitive aspect, many major retailers have opted to work with other cloud service providers,” he said.

Alibaba Cloud, the last of the advanced providers, is expanding out from China and into European partnerships, but the research claimed the division between China and western nations will make adoption of its services difficult in some countries.

Alex Smith, senior director at Canalys, added that the current omni-channel environment is pushing for retailers to adopt a digital strategy, especially with the pervasive nature of Amazon’s “online dominance”.

“Digital is applied everywhere from customer experience to cost optimisation, and the overall technological capability of a retailer is what will define its success,” he said.

Further complicating matters is the COVID-19 pandemic, causing retailers to adapt their strategies to e-commerce capabilities. Those that did not, the research claimed, “suffered greatly”.

“Retailers need proof that their cloud service provider can support them not just by growing, but also by driving platform innovation," added Murray. "A provider that has specialised support teams and an ecosystem of partners innovating on its behalf gives customers confidence in the relationship."