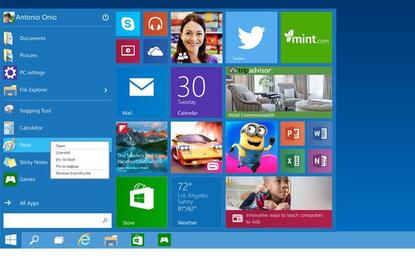 Microsoft has launched a preview of a new enterprise-only option that blocks Windows' telemetry from reaching Redmond's servers.

The option wasn't given an official label in the July 23 announcement, but at the sign-up site was defined as "The Data Processor Service for Windows Enterprise" – a mouthful even for Microsoft, known for interminable titling.

Marisa Rogers, the privacy officer responsible for Windows and Microsoft's browsers, pointed out that enterprises and other organisations – universities, for the most part – now have two choices when it comes to what their PCs report to Redmond.

"Enterprise customers had two options in managing their Windows 10 diagnostic data: 1) allow Microsoft to be the controller of that data ... or 2) turn off diagnostic data flows altogether."

The second option – now named "Diagnostic Data Off," but formerly marked with the vague "Security" – is only available to users of Windows 10 Enterprise and Windows 10 Education, the most expensive of the various SKUs (stock-keeping units).

Other settings for telemetry collection – Microsoft prefers "diagnostic data" for some reason – have been culled from three to just two: "Required Diagnostic Data" and "Optional Diagnostic Data," the latter of which harvests more information and more kinds of information than the former.

Since early 2019, the default has been Required Diagnostic Data, previously titled known as the "Basic" setting.

The new telemetry setting will let enterprises continue to collect data from their PCs but that data will not be passed on to Microsoft for analysis. "Under this approach, Microsoft will act as a data processor, processing Windows diagnostic data on behalf of the controller (emphasis in original)," wrote Rogers.

"Processor" – as well as "controller" – are terms used by the GDPR (General Data Protection Regulation), the data protection and privacy law and ensuing regulations applicable in the European Union. Microsoft defines the terms, and others related to GDPR, online.

It was unclear whether Microsoft, as the processor, would have access to the data or could use it in some fashion. One clue that it might not was in the preview sign-up form, which asked the customer to acknowledge that "for devices enrolled into this public preview program, you will not have access to features like Desktop Analytics and Update Compliance."

Desktop Analytics, a collection of cloud-based services that offer information and guidance on the update readiness of end-point systems, has been one of the benefits Microsoft has claimed emanate from Windows' telemetric data collection.

Rogers argued that the in-preview telemetry setting would let enterprises handle their own "compliance obligations," apparently another reference to GDPR, and its rules and regulations, which may, for example, require data to be exported and submitted for auditing.

It's possible, of course, that Microsoft has created this option as much to get out from under the hassle and headache of acting as controller as to give enterprises more control of their own data.