While service providers might regard private 5G as a competitor to Wi-Fi, short-term enterprise use will be supplemental 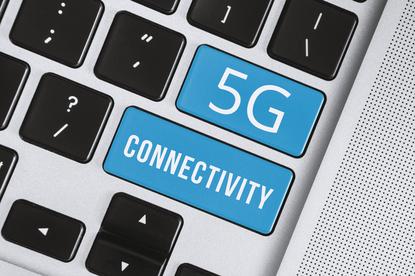 Private 5G cellular deployments fit the needs of enterprises for high-speed, low-latency connections between large numbers of devices, and some say the technology could replace Wi-Fi, but that’s not likely to happen anytime soon.

Outside of particularly unusual use cases, private 5G networks are best thought of as a supplementary to Wi-Fi and not a competitor, experts say, even though that’s clearly an ambition of the carriers.

For example, Mo Katibeh, an executive vice president at AT&T Business in charge of products and platforms, said 5G is inherently secure and doesn’t face the interference problems Wi-Fi does, so eventually it will challenge Wi-Fi.

“On a continuum of time, absolutely [licensed use] will eventually displace Wi-Fi,” he said. “When you think about the security aspects of this, the ability to create a much more personalised, low-friction environment for workers becomes a great choice.”

Yet Katibeh concedes that, at the moment, 5G and Wi-Fi are more likely to be found working in concert than otherwise, which rings particularly true in light of the nascent state of public 5G coverage in the U.S. What’s more, there has even been a pattern developing around how the two technologies work together.

“What we’re really seeing is that there’s room for both cellular solutions and Wi-Fi,” he said. “Generally, the distinction we’re seeing is front-of-house vs. back-of-house operations.”

In full concord with this view is Dave Wright, president of the CBRS Alliance. The alliance is a trade organization whose members include Google, Intel, Ericsson and Qualcomm, which is dedicated to promoting the use of the citizens broadband radio service spectrum, a 150MHz band in the 3.5GHz range that is currently a hot commodity for enterprise wireless and private 5G functionality in particular.

It’s all about the specific use case, according to Wright. The healthcare industry’s stringent requirements around data privacy make private 5G an enticing choice, particularly for the connected devices that have begun to proliferate there.

That division is replicated in a non-healthcare context at West Chester University of Pennsylvania, a public university about an hour west of Philadelphia. The campus serves more than 17,000 students per year in non-pandemic times, with about 2,000 faculty and staff spread over 80 campus buildings.

Kevin Partridge is the executive director of IT infrastructure services and deputy CIO at WCUPA. He began looking at private 5G as a wireline replacement to help connect physical safety and access control devices on the campus.

New cameras and emergency phones and access-control devices on campus demand additional connectivity, but adding physical cabling can be time-consuming and expensive, particularly so since the cable conduits leading to the devices is already at capacity.

“With all these cameras and emergency phones and outdoor lighting, those lights only have conduits for electrical,” he said. “If that cabling is dead, rather than digging up the parking lot to put new conduit in, why not try this?”

An early plan involved using point-to-point Wi-Fi connections to get the new devices onto the network. But that presented logistical problems, according to Partridge, since it created the potential for interference with the existing Wi-Fi apparatus on site.

“So my big thing at West Chester being the deputy CIO, I want my users on that Wi-Fi network,” he said. “I don’t want back-end and IoT facilities on that network.”

The current proof-of-concept in place is relatively simple – a 5G access point, using the CBRS radio spectrum and maintained by private cellular networking startup Celona, is installed atop a campus building, and provides connectivity to a nearby security camera.

But Partridge’s ambitions for the system are much broader. The advantages of keeping machine-to-machine communication off of the Wi-Fi network, as well as being able to connect large numbers of new devices without the need for additional cabling, are compelling.

It would also enable other types of new services, including one that works directly with Wi-Fi, to provide connectivity on the school’s fleet of buses. WCUPA is split between north and south campuses, and shuttle buses connect the two parts. The school briefly provided a public Wi-Fi service for the buses, with backhaul handled by a dedicated LTE connection to a carrier network, but this was found to be too expensive.

With a private 5G network, however, the Wi-Fi service could be redeployed, using the private 5G connection as a bridge to the school’s main network for backhaul.

“If we had a private 5G outdoor network, we could equip all 20 buses with this cellular type of backhaul that we run, so we wouldn’t have to pay the carriers,” Partridge said.