Outlook woes: I have no email and I must scream

Outlook, like Windows 10, has been plagued by one update problem after another. Come on Microsoft, can't you do better? 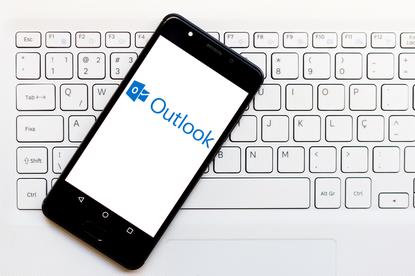 I get it. Really, I do. Microsoft has to deal with tens of thousands of different hardware configurations and not every application or operating system update will work smoothly with every possible setup.

To refresh your memory, in June, when the June 2-or-later version of Microsoft 365 (aka Office 365) met the June Win10 cumulative update, all hell broke out when Outlook stopped working.

Many users had the "pleasure" of seeing an Outlook error message pop up saying something was wrong with one of your data files. But, lucky you, it gave you the option of running the Inbox Repair Tool and fixing the problem. Except, unlucky you, if you did that, you'd just repeat the problem over and over and…, well, you get the picture.

It turns out someone in Microsoft's quality assurance team (There is one, RIGHT!?) didn't bother to test the newest edition of Outlook with the latest version of Windows. I mean why would you want to check that e-mail, an application almost no one uses today, actually works with your main operating system?

The truth is there was never anything wrong with your PST files. Somehow, the combination of the newest versions of Outlook and Windows led to a total failure. The fix required you to manually edit your registry – always a fun job for a user who's miles away from the closest tech support staff.

Next up, on July 15, Outlook, both the Windows 10 MSI e-mail client and the service, went down for about four hours. There's nothing like having your e-mail go out to spike your blood pressure. One technically astute friend went so far as to uninstall Office and then reinstall it in an attempt to get it working. He failed.

If he'd rolled back to an older Outlook version, he could have fixed it. But, let's face it, there was nothing obvious about this fix. Indeed, even when Outlook started working again, we still don't know what really went wrong and how Microsoft fixed it.

Now, I've been bitching about Windows 10 updates for some time now. It seems like every other patch comes with one truly foul problem or another. Sure, not everyone gets smacked by every failure, but they add up. On my Dell XPS 8910 Windows 10 tower, an older and perfectly standard high-end PC, I average about one "What the heck!" Windows 10 problem every three months.

And, it's not just that Microsoft can't deal with all those different configurations. Take Microsoft's own Surface PCs. You'd think they could update Windows 10 on this hardware without any trouble. You'd think wrong. As I write this in mid-July, you still can't get the May 2020/Windows 10 2004 update on the Surface Pro 7 and Surface Laptop 3.

This is not acceptable.

For years now, Microsoft has been getting away with not just substandard software releases, but with updates that were actively harmful. Maybe Microsoft can afford this kind of sloppy maintenance, but its customers are another matter.

It's time for Windows users to start letting Microsoft know in no uncertain language that if they don't up their update game, you'll take your business elsewhere. Chromebooks, Macs, heck even Linux desktops are real alternatives.

Can't see it? Does your work-life revolve around QuickBooks, Salesforce, Google Docs, Microsoft Office, and video-conferencing? Then you can use any of the three Windows alternatives. For example, did you know you can run both Skype and Teams on Linux? Well, you can.

If we remind Microsoft that it’s not the only game in town, maybe – just maybe – it’’ll start delivering high-quality updates.