After Mac processors, Apple's next transition is apps 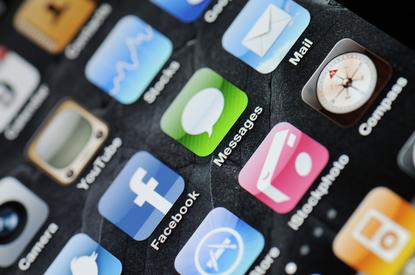 Over the next two years, we're going to hear a lot about Apple’s next transition. The move from Intel to Apple’s homegrown silicon is one of the biggest moves the company has ever made, one that’s sure to impact the rest of the industry as much as the Mac itself.

But that’s not the only transition that Apple is embarking on. It might not have gotten its own segment during the WWDC keynote, but Apple laid down the tracks for a major shift away from traditional apps over the next several years. It won’t be as sudden or even as quick as the move to Apple’s silicon, but before long apps aren’t going to be something we need to download before we can use them.

Rather they’re going to be ever-present, glanceable, dynamic, and agnostic extensions that adapt to both our location and the device we’re using without needing to visit a store.

The iPhone may have kicked off the “there’s an app for that” mentality, but you need to look no further than the iOS 14 home screen to see how Apple’s ubiquitous handset is moving beyond a home screen littered with icons of every task. It’s not just the App Library, which literally removes icons from our view, but also the elevation of widgets.

In iOS 13, widgets are deliberate. They’re hidden behind a swipe, stacked in an infinite scroll, and not all that easier to use than an actual app, but in iOS 14 they’ve been elevated to front-and-centre glanceable objects that will actually cut down on the number of times we need to open our favourite apps.

From weather forecasts to sports scores and news, widgets give you a reason to stay out of your apps by putting relevant information within constant eyesight. Apple will even be spotlighting popular ones in the gallery so you can download an app strictly to use the widget.

And that means we’re going to be using the accompanying app less. The iPhone’s home screen has always been little more than a shortcut to your apps, but in iOS 14, it’s going to be a destination. You’ll be able to unlock your phone, glance at a widget or swipe through a stack, and put it back in your pocket all without never opening an app.

Somewhat ironically, App Clips will reduce our dependency on apps as well. Designed to deliver small pieces of apps when and where we need them, App Clips are by nature ephemeral, serving a specific purpose and then disappearing.

They may function like the apps, but App Clips are a very different animal. You don’t use the App Store to find them, you don’t explore menus or save files, you don’t even keep them around after you’re done using them.

They serve a specific purpose and poof, they’re gone. They’re apps in name only, and if developers adopt them as quickly as they should, App Clips will usher in a whole new way of installing apps.

Apple didn’t announce App Clips for Apple Watch, but they make even more sense there. Even with an on-watch store and a list view for the honeycomb home screen, finding apps to buy and use isn’t all that pleasant on the Apple Watch.

But App Clips could be a game-changer, turning app discovery into a smart, effortless extension of the watch face with tools that arrive when we need them and disappear when we don’t. We wouldn’t need to load up out watch with apps we rarely, and most importantly, App Clips would take the focus off apps on put it where it belongs: the watch face and complications.

The future of apps

Of course, apps aren’t going anywhere for a while. In fact, Apple is launching a brand new one in iOS 14 called Translate that does what you’d expect: help you learn and communicate in foreign languages. As it stands you’ll need to open it and interact with it like any other app, but it’s easy to see a future where it just works without needing the app.

While the Translate app is for the iPhone now, it’s much more suited for Apple’s always-on and always-connected wearables. Translate could be built into future AirPods as a sort of Babel Fish that automatically translates into your native tongue when it detects another language.

Or your Apple Watch could use Siri to translate on demand. And a future pair of Apple glasses could translate signs and images just by looking at them.

Translate is a perfect example of how apps could evolve beyond, well, apps. Just like App Clips, future apps could be integrated into the system like (or with) Siri and just work without needing to launch an app.

Maps could be ready when we get in our car. Apple Music or Spotify when you start a run or pop in your AirPods. Or Target when you walk into the namesake store. And with Apple silicon soon powering every device, switching between them will be seamless and dynamic.

Of course, Apple has to get through the Mac's transition, but once that's dons, apps are next. It’s not that they're going away. We're always going to need a place to play music, browse stores, and get directions. But the way we access those tools could be very different in a few short years.