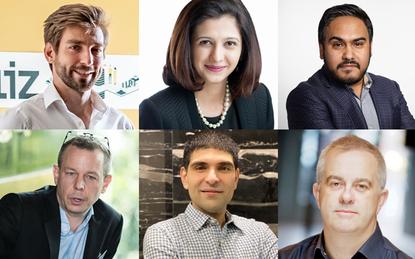 Partners are primed and ready to help Indonesia capitalise on the potential of cloud, following the launch of a Google Cloud region in Jakarta.

The newly unveiled Google Cloud Platform (GCP) looks set to kick-start a wave transformation projects across the country, motivated by a desire to embrace cloud aligned to regulatory and compliance requirements.

“Google Cloud will be the first hyper-scale cloud provider with a region in Indonesia and that's an important first mover advantage and an immediate opportunity for partners to seize and capitalise on,” said Ash Willis, head of cloud partners and alliances across Asia Pacific and Japan at Google Cloud.

“It’s still early days for cloud adoption in Indonesia but our new GCP region in Jakarta will enable customers to accelerate their data-led innovation close to home. For partners, this means significant business opportunities.”

The launch signals an increased reliance on system integrators such as Accenture, Deloitte and NTT, in addition to CloudCover, Aliz Technologies and Soltius among others. This is supported by opportunities to integrate products and services with vendors like SAP, Cisco and Salesforce.

“Plus, we have technology integration partners like Mambu who specialise in financial services,” outlined Willis, when speaking exclusively to Channel Asia. “Together we will help traditional banks and digital native challengers alike take advantage of our Indonesian-based hyper-scale cloud platform to fuel the transformation of financial services in Indonesia.”

“This is a first of its kind initiative that empowers customers with solutions, guidance and incentives from Google Cloud and our partners,” Willis added. “Customers will also receive access to expert capabilities for migration, implementation optimisation plus deeper capabilities in the area of analytics and machine learning.”

As revealed by Channel Asia, a deepened alliance with SAP was recently cited as a leading factor in increased Google Cloud adoption in Southeast Asia, with global system integrators (GSIs) leading the charge.

Spanning customer wins in manufacturing across Thailand and Indonesia - alongside organisations in Malaysia and Singapore - the expanded partnership with SAP has kick-started a wave of Google Cloud deployments in Southeast Asia, driven by specialised partners.

Whether shifting SAP applications to the cloud, integrating machine learning into business processes or enhancing enterprise data capabilities, SAP applications and SAP HANA are certified to run on Google Cloud. Key SAP products include Hana, S/4 Hana, BW/4 Hana and Business Suite, in addition to Hybris, Business Warehouse, BusinessObjects BI and Business One among others.

GCP in Jakarta - first communicated to the market in October 2018 - comes with the vendor’s standard set of services, including Compute Engine, Google Kubernetes Engine and Cloud SQL, alongside Cloud Storage, Cloud Spanner, Cloud Bigtable and BigQuery.

Representing the first GCP region in Indonesia - and ninth in Asia Pacific - the launch houses three cloud zones from the start, enabling high availability workloads across the country.

“There is a pent-up demand in the market to utilise cloud services that have the necessary compliance and data sovereignty required for enterprise businesses in Indonesia,” observed Bhavana Vatvani, managing director of Indonesia at Accenture. “Indonesia has a huge appetite for cloud technology to spur more innovation and growth. The launch will help fuel a blossoming start-up ecosystem and digital transformation of many industries.”

According to Andy Waroma - co-managing director of Cloud Comrade - such customer demand is centred around a heightened need for “robust in-country infrastructure services”, with financial services expected to immediately capitalise.

“There are several local organisations within finance that can provide new types of services in a regulated market,” said Waroma, who first opened an office in Indonesia four years ago. “Some businesses might have been uncertain deploying infrastructure on cloud in a region outside of Indonesia due to changing regulations and legislation.

“With the GCP region in Jakarta, those considerations are gone and companies can start building long-term plans without having to think of potential future changes in government policies impacting IT initiatives.”

Staying within financial services, Myles Bertrand - managing director of Asia Pacific at Mambu - acknowledged that despite an increase in digitalisation efforts across Indonesia, banking has somewhat struggled to keep the pace.

“Indonesia has not experienced the same ‘digital banking revolution’ that has swept across many other countries in Asia Pacific,” he said. “This is primarily because of regulatory requirement that all data is kept in country.

“This has meant that only banks and fintechs with access to a private or local cloud provider can offer cloud-based banking services, which has been somewhat limiting – especially for those banks and financial institutions looking to scale and grow across regions.

“But with 92 per cent penetration of mobile phones and internet services across the country, we know Indonesians are traditionally early adopters of new tech, so we’re excited to see what happens with the arrival of Google Cloud.”

Maintaining the regulatory thread, Balazs Molnar - CEO of Asia Pacific at Aliz - said the launch represents a “completely new horizon of opportunities” for industries previously unable to utilise the potential of cloud.

“We expect a complete revamp of customer experiences in traditional industries like finance and telecommunications as they are now able to use Google Cloud’s data and machine learning solutions,” he added. “The country has a rapidly growing middle class that demands great digital experiences and many large players were not able to deliver on this in the past.

“We see the region launch as a major step towards bringing the country to a new era of digitalisation. Indonesia has long been famous for unicorns and a striving start-up ecosystem but it will be interesting to see how traditional and more regulated businesses can now step up their game.”

“There is a big opportunity to realise that they need to move because customers will no longer buy a ‘black and white TV’,” he outlined. “The same applies for the government, which has a unique opportunity to transform the world’s fourth largest country into a truly digital nation. We have been investing in Indonesia even before the region came up and we are looking to double down on in the coming years.”

For Luv Tulsidas - founder and CEO of Techolution - the launch of GCP in Indonesia now requires increased focus on customer education, with cloud enablement key to future deployment success.

To achieve this, Google Cloud unveiled plans to invest in both local talent and developers to help enterprise-level businesses digitally transform amid widespread economic recovery efforts.

Central to such efforts will be the creation of a “cloud-ready workforce” in Indonesia, delivered through 150,000 hands-on training labs during 2020. These include access to GCP training sessions at no charge, credits and a range of career readiness initiatives such as Juara GCP - cloud on-board training - and digital scholarships with Indonesia’s Ministry of Communication and Information Technology to help people become GCP certified.

“Indonesia has been waiting for a world-class cloud provider to enter the region,” Tulsidas stated. “The local technology community will now require education on how to build cloud native applications to speed up digital transformation.

"The launch has been highly anticipated by local businesses who no longer have to traverse the sea and other countries in order to leverage the cloud.”

Having completed several major cloud transformation projects in Indonesia, Techolution was the first partner to deploy Anthos in the country following a sync up with XL Axiata.

“We have a local office in Jakarta and look forward to offering our customers cloud migration and managed services to customers seeking to benefit from cloud,” he added.

Backed by local juggernauts such as Tokopedia, Bukalapak, Go-Jek and Traveloka - in addition to Bank BRI, Bank Amar, Alfamart, XL Axiata and Bluebird among others - Google Cloud is not short of customer logos in Indonesia.

While increased investment in technology and people will no doubt further strengthen such links, it’s the vendor’s ecosystem of specialist partners that is expected to capitalise on such demand.

CloudCover has been leveraging deep Google Cloud expertise to serve Indonesian start-ups for more than four years, leveraging the vendor’s GCP region in Singapore. In that respect, Vishal Parpia - speaking as co-founder and CEO - said local customers have been ready and waiting for cloud.

“Indonesia has been ready for a cloud region for several years,” he added. “And it’s hard to argue against a region for a nation of 275 million people with a median age of 30, with exploding internet penetration and smartphone use.

“We expect a big surge in Google Cloud interest and increased willingness to consider the cloud in general, especially for regulated industries. Covid-19 is also expected to further drive cloud adoption because running your own data centre now becomes even harder than it used to be.”

Having previously cited Southeast Asia as a ‘secret weapon’ for growth, Parpia said plans are currently underway to increase resources within Indonesia to enhance support levels for customers seeking to embrace cloud.

“We’re focusing on modernisation on the application layer as well as the data layer,” he said. “There is such enormous potential for companies to take advantage of cloud-native services like BigQuery and Kubernetes. We plan on being right there to help them make the jump from legacy platforms into the future of IT.”

Under the banner of Accenture Google Cloud Business Group (AGBG), the division - which expands on a global partnership - sees the technology giants combine expertise to build “tailored offerings” for local businesses.

Specifically, key offerings include the enablement of multi-channel customer interactions, alongside enhanced data management and the delivery of services for "hyper-personalisation" in marketing, sales and services. The collaboration will also leverage data and artificial intelligence (AI) capabilities from Google Cloud, driven through Accenture's Contact Centre AI (CCAI) solution, to enable "end-to-end customer interaction" across voice and digital channels.

“Indonesia is a strategic market for Accenture where we are enabling many enterprises in their transformation and innovation journey, and cloud is a foundational block,” explained Vatvani, adding that the GSI will also release joint bundles in the market to help customers deploy and adopt Google Cloud services.

“Accenture will bring its full portfolio of Google Cloud services and explore the latest in Google Cloud innovations to bring value to the enterprise in Indonesia. We build a foundation for imagination through enterprise cloud services, next-generation app development, data modernisation and workforce productivity. In addition, we help to grow customer footprint through INTIENT, applied customer engagement, SAP on GCP and digital marketing.”

From a financial services standpoint, an increased alliance with Google Cloud will result in the Mambu portfolio of digital banking and lending products made available to banks, lenders and other financial institutions globally via GCP.

“This opens up connections to customers in a wider range of countries than we’ve previously experienced, particularly those with local data residency requirements like Indonesia,” said Bertrand of Mambu.

“While there are plenty of fintechs offering digital banking products and services, ours is the only platform that is truly cloud-native,” Bertrand qualified. “We’re seeing a growing number of banks and financial institutions looking to transition services into the cloud.

“We have aligned with Google Cloud to offer customers the ability to innovate quickly, seamlessly reconfigure products and services, and provide their end-users with best-for-purpose digital banking solutions. Mambu’s services have previously only been available on Amazon Web Services, so aligning with Google Cloud as well means we can significantly amplify our reach globally.”

Channel Asia Advance is a centralised editorial resource designed to help partners access forward-looking content as the ASEAN and Indian markets attempt to reposition for growth.