Nimbus takes Thai shops to the cloud, backed by VMware and INET 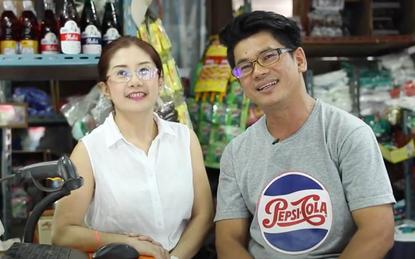 Nimbus has deployed VMware technologies to accelerate the digital transformation efforts of more than 20,000 wholesalers in Thailand, leveraging partner expertise from Internet Thailand (INET) in the process.

Launched in 2017, Bangkok-based Nimbus specialises in overhauling the manual practices of local shops through the provision of a cloud-based inventory management solution, delivered as-a-service.

Motivated by a desire to switch businesses from paper to digital, the start-up has rolled out VMware-powered cloud services supported by INET, with the offering priced at 33 baht - or approximately US$1 - per day.

In hosting its offering with INET, Nimbus aims to target an expanding micro and small to medium-sized enterprise (MSME) market in Thailand, which represents more than 95 per cent of the local business ecosystem and contributes to 43 per cent of national GDP.

“However, to be able to support them in their digital transformation journey, we need to first modernise our infrastructure and operations so as to accelerate innovation, agility and scalability. With support from VMware and INET, our cost of doing business has dropped by 40 per cent and our customer base has grown exponentially by 300 per cent.”

According to IDC, by 2022, over 61 per cent of Thailand’s GDP will be digitalised, with growth in every industry driven by digitally enhanced offerings, operations and relationships, driving $72 billion in IT-related spending during the next three years.

For Anutaravanichakul however, digital adoption at local MSME-level remains low due to ongoing challenges associated with a lack of technology talent and government funding. This is in addition to “hefty upfront investment” in infrastructure and hardware, which is required for most on-premises inventory management software.

“Digitalisation is fast becoming the competitive game-changer across Thailand and Southeast Asia,” added Ekpawin Sukanan, country manager of Thailand at VMware.” “Nimbus’ commitment to helping local traditional businesses digitalise is truly admirable and we are excited to work with them to transform Thailand’s small business ecosystem.

“Together with INET, we hope Nimbus’ cloud-based inventory management service will help drive Thailand’s wholesale industry into the digital future, so local businesses can continue to thrive and flourish in the new economy.”

Nimbus leveraged the local expertise of INET during the deployment, which goes to market as a VMware Cloud Verified partner and infrastructure specialist across network connectivity, consulting services, system design and integration, supported by a fully equipped data centre.

As revealed by Channel Asia, INET was also recognised at the first VMware cloud provider in Thailand to offer HCX Cloud Services for cloud migration, app mobility and infrastructure hybridity.

“With VMware, we are delivering world-class solutions and support to Nimbus,” said Morragot Kulatumyotin managing director of INET. “By helping them streamline costs and improve agility, Nimbus can now grow and scale on demand. This puts them at a better position to empower local wholesalers in rebooting their business, so they can succeed and thrive in the digital economy.”