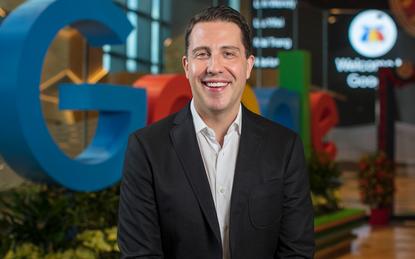 Google Cloud has officially launched a new region in Jakarta, in a landmark move designed to help businesses overcome traditional barriers to cloud adoption in Indonesia.

Representing the first GCP region in Indonesia - and ninth in Asia Pacific - the launch comes with three cloud zones from the start, enabling high availability workloads across the country. Collectively, Google Cloud now offers 24 regions and 73 zones across 17 countries worldwide.

“A lack of local cloud infrastructure has been a traditional barrier to cloud adoption in Indonesia, but we’re changing that with the launch of our Jakarta cloud region,” said Rick Harshman, managing director of Asia Pacific and Japan at Google Cloud.

Citing Indonesia as a “digital powerhouse”, Harshman said the launch allows customers to accelerate innovation “close to home”, whether operating as a local start-up, traditional or state-owned enterprise or public sector organisation.

In addition to helping maximise the potential of cloud, the Jakarta region will also allow businesses to meet local regulatory and compliance requirements, as well as providing enhanced disaster recovery options across Asia Pacific.

“We made the decision to invest in a cloud region in Indonesia in response to strong customer and partner demand, they have been anticipating this launch as much as we have,” added Harshman, when speaking to Channel Asia.

According to Harshman, customers can now benefit from “easier and faster” access to advanced Google Cloud services such as compute, storage, security and data analytics, as well as artificial intelligence, machine learning and application development.

“These services will be faster, more reliable, and less expensive than running their own data centres,” he explained.

And in true Google Cloud style, a conveyer belt of customers are already in place to help strengthen credibility within the Indonesian market. Home to some of Southeast Asia’s most recognised unicorns, the vendor counts born-in-the-cloud companies such as Tokopedia, Bukalapak, Go-Jek and Traveloka as key local customers.

This is in addition to supporting traditional banks such as Bank BRI and challenger digital banks like Bank Amar, alongside helping retailers, which also includes Alfamart, leverage smart data analytics tools to unlock omni-channel revenue.

“Indonesia is one of the most creative, dynamic and entrepreneurial countries in Southeast Asia,” Harshman said. “We’ve seen developers and enterprises embrace new cloud technology to solve their challenges and drive one of the fastest growing economies in the world.

“Our new Jakarta region brings the best of GCP closer to our customers and users. With lower latency access to data and applications, companies doing business in Indonesia can accelerate their digital transformation.”

But as Indonesia awakens to the potential of cloud - and the hyper-scalers circle - Google Cloud is now officially open for business.

Central to such efforts will be the creation of a “cloud-ready workforce” in Indonesia, delivered through 150,000 hands-on training labs during 2020. These include access to GCP training sessions at no charge, credits and a range of career readiness initiatives such as Juara GCP - cloud on-board training - and digital scholarships with Indonesia’s Ministry of Communication and Information Technology to help people become GCP certified.

But despite the direction of travel remaining clear, Harshman cautioned that further education is required to position public cloud as “more scalable, more secure, and significantly less expensive” than customers attempting to build and run a data centre.

“Take financial institutions for example,” he explained. “Banks should not be in the business of building and operating data centres; that’s our core job and focus.

“They should do what they do best, which is building and delivering great financial services products to customers. And from a regulatory perspective, cloud providers make oversight much easier.”