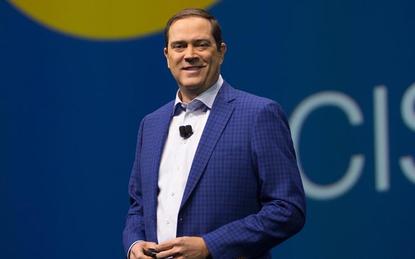 Cisco has decided to postpone its first virtual Cisco Live event in the United States, which was set to kick-off this week, with the company’s CEO citing “this tragic moment” in the country’s history.

“This week was meant to mark our first ever fully virtual Cisco Live US. However, we have made the difficult decision to postpone this event until later in June,” Cisco CEO and chairman Chuck Robbins said in a statement.

“In light of all we see going on in the world and in the United States, including feedback from some of you, we don’t believe the time is right to host an event in the middle of this tragic moment in our history.

"Our hope is that we use this time to process, heal and define the actions we will take as organisations and individuals to make a difference and move forward towards a better, more inclusive world,” he added.

Robbins’ comments come as the US faces continuing protests over the death of 46-year-old African American man George Floyd while in Minneapolis police custody.

Indeed, Robbins joins a growing legion of tech company CEOs in the country to comment publicly on the ongoing tumult over Floyd’s death and race relations in the US more generally. Robbins indicated he expected the Cisco Live virtual conference to go ahead later in the month.

“Our teams have been working tirelessly to bring you all an incredible virtual event and the experience that you’ve come to expect from Cisco. We look forward to bringing this to life for you later this month,” he said. “Thank you for your understanding and for your trust and support. We are so excited to connect with all of you soon.”

The latest derailment of the company’s annual conference comes after initial postponements and cancellations due to the ongoing coronavirus pandemic. In February, Cisco cancelled its flagship Cisco Live conference in Melbourne due to "ongoing concerns" about the coronavirus outbreak.

Originally set for 3-6 March, the vendor’s annual event in Asia Pacific usually plays host to around 8500 attendees from across the region, spanning channel partners, customers, distributors and alliance vendors.

“Our customers, partners and employees are our top priority and we strongly believe this is the right decision given the current circumstances,” a Cisco statement read. “Our thoughts are with those directly impacted by this situation.”

It should be noted that the Cisco Live APJC (Asia Pacific, Japan and China) virtual conference ran on 1-2 April.