Ready or not, we’re on our way to the Windows Virtual Desktop 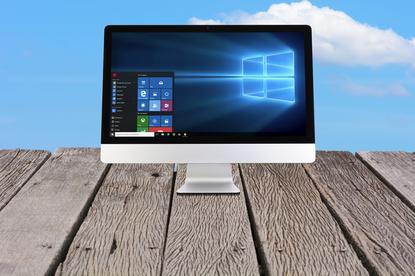 Talk about timing. With the coronavirus forcing a telecommuting sea change — we went from corporate workers begging, usually unsuccessfully, to be allowed to work from home to businesses insisting that they do so — Microsoft released its latest and best desktop-as-a-service (DaaS) program, Windows Virtual Desktop (WVD).

I’ve foreseen the move from old-style fat-client desktops to DaaS for some time now. What I hadn’t seen was a pandemic that would have just about everyone who can work from home doing that in no time flat. It’s a change that puts DaaS in a whole new light.

And a lot of businesses are latching on to WVD as a way to solve their sudden telecommuting difficulties. Simon Binder, endpoint manager at Microsoft, recently tweeted that there are “6 times more [WVD] users active today than expected during 2020.”

Sure, most companies are dealing with the astronomical rise in telecommuting by trying to manage Windows 10 users remotely. But it hasn’t been pretty. To quote a sysadmin friend of mine, “I’ve had about a billion calls on how to use the VPN, and don’t talk to me about securing and patching Windows 10 remotely.” As a former sysadmin, I feel his pain.

While I’m not a fan of virtual desktops per se — I like my computer to be my computer, thank you very much — I see the need for them. You can ask users to practice safe computing from home, but let’s face it, most people are lousy at security. SplashData reports that the top two awful passwords are still “123456” and “password.”

With more people than ever before working from home, and with the strong possibility that they will do so for years to come, the time for DaaS has arrived.

It doesn’t have to be Windows, of course. I’ve been a Chromebook fan for years. Chromebooks were built from day one as DaaS devices. While Chromebooks have never been as successful as I thought they’d be, their virtues as cheap, fast, and powerful DaaS devices, when paired with G Suite, shine as much as ever.

Thanks to the pandemic, companies have had more than enough IT change on their hands to even think about shifting to a new platform. That’s where WVD comes in. It may be really different in some ways, but as far as end users are concerned, it’s still Windows.

And for those of you who just can’t quit Windows 7, WVD even supports Windows 7 virtual desktops with free extended security updates.

The spring WVD release is in public preview, so it doesn’t come with service-level agreements. Be that as it may, I already know of companies running it in production.

Not, mind you, that it’s easy to run yet if you’re a sysadmin. As one admin put it on Reddit, “There isn’t a built-up body of knowledge you can Google. There are tons of guides to how to deploy, very little in the way of performance and reliability tweaking being shared.” Even so, some businesses have already decided it’s better to manage users working remotely with WVD than it is to try to keep them safe and effective using old-style Windows.

I see this trend picking up steam quickly. I recently predicted that by 2025 most “office” PCs would be running Windows as a service. Replace “office” with “work from home,” and I’m perfectly comfortable with my forecast.