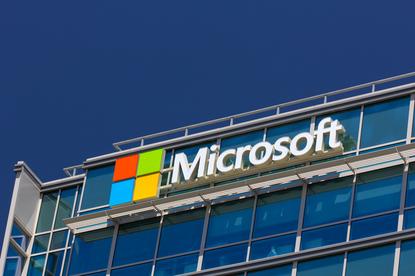 A new acquisition, platform enhancements for Microsoft Teams, a cloud software play for the healthcare industry and a new initiative to unify app development across windows devices are among the highlights of the Microsoft Build 2020 developers’ event.

“Together with Power Automate, WinAutomation will provide customers additional options for RPA desktop authoring so anyone can build a bot and automate Windows-based tasks,” Lamanna added.

By bringing Softomotive’s desktop automation together with the existing Microsoft Power Automate capabilities, Microsoft hopes to “further [democratise]” RPA and enable everyone to create bots to automate manual business processes.

This year’s event has also seen the introduction of Project Reunion, an initiative aimed at helping to unify app development across Windows 10 devices around the world.

“For the past couple of years, we have been breaking down the barrier between Win32 (also called the Windows API [application programming interface]) and Universal Windows Platform (UWP) APIs,” Microsoft Windows Developer Platform corporate vice president Kevin Gallo said in a blog post. “Project Reunion expands this effort to make it easier to build a great Windows app.

“It will unify access to existing Win32 and UWP APIs and make them available decoupled from the OS, via tools like NuGet. This will provide a common platform for new apps. Plus, it will help you update and modernise your existing apps with the latest functionality, whether they’re C++, .NET (including WPF, Windows Forms, and UWP) or React Native.

“As we decouple existing APIs and add new APIs, we are also doing the work to polyfill, as needed, so the APIs work down-level across supported versions of Windows,” he added.

Broadly, Project Reunion is aimed at helping Microsoft realise its vision for evolving the Windows developer platform to make it easier to integrate across Win32 and UWP APIs and build apps that work across all the Windows 10 versions and devices people use.

Also introduced was a preview of Azure Synapse Link. A cloud-native implementation of hybrid transactional analytical processing (HTAP), Azure Synapse Link is aimed at bringing operational database services and analytics together in real-time.

Other new developments on the table this year include, unsurprisingly, platform enhancements to Microsoft Teams, including a streamlined experience to help developers to build and publish Teams apps from Visual Studio and Visual Studio Code.

Additional Teams updates are aimed at giving IT administrators the ability to evaluate and deploy line-of-business and independent software vendor (ISV) applications for their users in Teams, along with new ways for people to discover and engage with apps in Teams.

Microsoft has also announced updates to Fluid Framework — first previewed at last year’s Build — which, in the words of the vendor comprises “technology and set of experiences designed to make collaboration seamless by breaking down barriers between apps”.

The new updates to Fluid Framework include making it open source to developers, and introduces the first way for end users to experience Fluid with the upcoming availability of Fluid components and Fluid workspaces in Office.com and Outlook for the Web.

At the same time, the vendor has touted its build of what it claims is one of the top five publicly disclosed supercomputers in the world, making new infrastructure available in Azure to train extremely large artificial intelligence (AI) models.

“Developed in collaboration with and exclusively for OpenAI, this supercomputer is purpose-built to train massive distributed AI models, giving it all the benefits of a dedicated appliance paired with the benefits of Azure’s robust modern cloud infrastructure,” Shaw said in his blog post.

The company also revealed a new play for the healthcare sector with the introduction of Microsoft Cloud for Healthcare, its first industry-specific cloud offering, which brings together capabilities for customers and partners to enrich patient engagement, connect caregiving teams, and improve collaboration, decision-making and operational efficiencies.

“Microsoft Cloud for Healthcare will support capabilities such as the new Bookings app in Teams, now generally available to customers across industries to help schedule, manage and conduct business-to-consumer virtual appointments. Teams supports HIPAA compliance and is HITRUST-certified,” Shaw said.