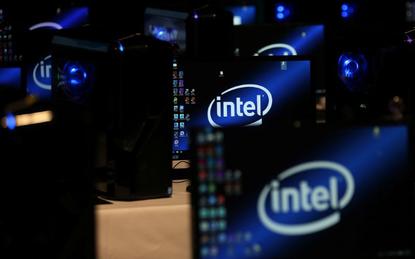 After previously revealing its 10th-gen Core processors for consumers, Intel has now announced the same 10th-gen processors with vPro enabled for business computers.

Intel announced nine mobile 10th-gen Core processors with vPro as well as an additional eighteen Core and Xeon processors for the desktop, based on its “Comet Lake” architecture. Intel’s touting new expanded Hardware Shield features for this generation, which include the capability to lock down mission-critical elements in the PC’s BIOS in case of an attack.

Intel’s vPro launch follows the announcement of the latest Ryzen Pro series of processors, rival AMD’s offerings for corporate desktops. AMD announced three Ryzen Pro chips, emphasising memory encryption as a key security feature. Intel, as it has before, promoted a platform-friendly strategy that emphasised its fresh security features plus its wide variety of processor choice.

First, it offers BIOS-level protections. If there’s an attack on the operating system, Hardware Shield will step in and lock down mission-critical information in the underlying BIOS that directly controls the hardware.

Second, if an attack does occur, vPro will shift some functions on to the GPU, allowing the CPU to “continue to the mission-critical work it’s supposed to do,” Hallford said. Intel’s Endpoint Management Assistant will help out with remote manageability for employees.

Intel’s desktop chips, meanwhile, are made up of both Intel Core chips as well as some Xeon parts.

The new chips are paired with Intel’s 400-series chipsets, which offer Wi-Fi 6 (Gig+) for improved Wi-Fi connection rates, executives said. Intel didn’t say when the new vPro chips would ship, or how many systems would use them.