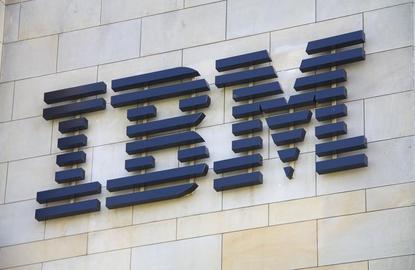 Krishna replaces long-time CEO Virginia Rometty, who will retire at the end of the year, and the package of executive moves solidifies the team that will lead Big Blue into to hybrid cloud world where it will battle Amazon, Google and Microsoft.

Right now, though, that team must also compete in the face the Covid-19 pandemic, an issue Krishna mentioned in a letter he posted on LinkedIn on his first day on the job, April 6.

“During this challenging time, we all need to have empathy, solidarity, and understanding for each other," he wrote. "If there’s one thing that this public health crisis has brought to light it is the ever essential role of IBM in the world We are the backbone of some of the most critical systems of the world.

IBM has been part of the technology community that is helping address Covid-19. For example, IBM Research has been developing cloud and AI-powered technologies that can help researchers battle against coronavirus, in part by accelerating Covid-19 drug discovery.

IBM is also leading the Covid-19 High Performance Computing Consortium with AWS, Google, Hewlett Packard Enterprise and Microsoft as well as US National Labs, NASA, and others to bring high-performance computing systems together to help researchers run massive modelling calculations.

While Covid-19 is a focus for now, the long term-goal is developing cloud technologies.

“I believe we can make IBM the most trusted technology partner of the 21st century," Krishna stated. "For this to happen, we have to ensure that IBM continues to innovate and lead in the transformational journeys our clients are on. Hybrid cloud and AI are two dominant forces driving change for our clients and must have the maniacal focus of the entire company."

“First, we have to deepen our understanding of IBM’s two strategic battles: the journey to hybrid cloud and AI. We all need to understand and leverage IBM’s sources of competitive advantage. Namely, our open source and security leadership, our deep expertise and trust, and the fact that we enable clients to build mission-critical applications once and run them anywhere,” Krishna stated.

IBM also has to win the battle for architecting the cloud. “There’s a unique window of opportunity for IBM and Red Hat to establish Linux, containers and Kubernetes as the new standard. We can make Red Hat OpenShift the default choice for hybrid cloud in the same way that Red Hat Enterprise Linux is the default choice for the operating system,” Krishna stated.

When IBM closed its acquisition of Red Hat last July for $34 billion it was clear it would take on the hybrid-cloud market and now, especially with the current executive team in place, that path is set more solidly.

Krishna, 57, was a principal architect of IBM’s $34 billion acquisition of Red Hat last year and was IBM’s senior vice president of Cloud and Cognitive Software.

Red Hat said Cormier drove more than 25 acquisitions at Red Hat and is credited with pioneering the subscription model that transformed Red Hat from an open-source disruptor to an enterprise-technology mainstay.