IDC revises IT investment forecast for Asia Pacific in 2020 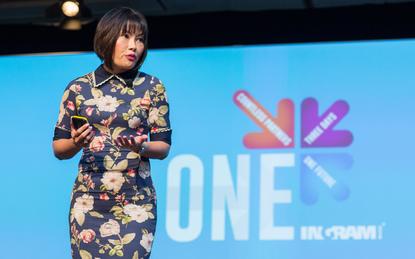 The sobering impact of Covid-19 on the technology market in Asia Pacific is starting to be realised as changing customer priorities and reduced investments place increased pressure on the channel.

With economic activities hampered at regional levels - due to lockdown measures in the Philippines, India and Australia among other nations - organisations are reassessing priorities as business continuity plans kick into gear.

The substantial shift in market dynamics has prompted IDC to revise its IT spending forecast for Asia Pacific (excluding Japan and China) in 2020, significantly dropping to 1.2 per cent growth compared to original projections of 5.2 per cent growth in January.

According to the analyst firm, the market was expected to be buoyed by increased hardware, software and services spending on infrastructure as enterprise customers implement digital transformation projects. However, early indicators from the first quarter now show a different scenario playing out in region.

“Some of the biggest impacts we have seen as a result of Covid-19 are the changing demands on technologies, processes and mindset as they relate to work-from-home (WFH) mandates and supply chain disruptions,” observed Sandra Ng, group vice president of Asia Pacific at IDC.

“Not all organisations have the culture or the experience in enabling a WFH workforce. Even for organisations in the tech industry, the increased capacity load on network, cloud and other technologies is unprecedented.

“Based on the latest data of our Future of Work Employee Survey 2020, in countries like Singapore, India, Hong Kong and Australia and New Zealand where considerable organisations provide WFH, we have already seen an uptake of video meetings, audio conference calls, and collaboration platforms as a result of rethinking work."

Of note to the channel - whether a value-added reseller, managed service provider or system integrator - the subsequent impact of Covid-19 on hardware, software and services is already being felt across the region, according to early indications from IDC.

Specific to hardware, devices - including personal computing, mobile phones and peripherals - represent roughly 80 per cent of the overall hardware spend, while driving the overall IT spend in the region.

“Sales of devices will be significantly impacted under a pessimistic forecast, creating both a supply-side production crunch as well as increasing demand-side challenges as the virus spreads to other countries,” an IDC outlook report stated.

Such a pessimistic scenario assessment suggests that devices will be impacted the most, registering a declining growth of -3 per cent versus IDC’s original forecast of +3 per cent in 2020.

Meanwhile, software spending is expected to record a “slowdown” due to business impact in transportation, manufacturing, retail, personal and consumer services and banking sectors. Such a slowdown is delaying the discretionary spend on software licences, IDC explained.

“IDC estimates that the impact would be seen across all software markets like application development and deployment, applications and system infrastructure software with the exception of digital workplace, cloud platform and automation technologies which can aid in the current situation,” the report added.

From an IT services perspective, compared to hardware, the pandemic has so far had a "constrained negative impact” on the market.

Originally estimated to grow by 5.6 per cent, IT services spending will now register growth of 4.6 per cent instead in 2020. According to IDC, this dip is observed due to the renegotiation of contracts, especially those due for extension or renewal this year.

“The overall Asia Pacific services market is likely to experience a hit in the first eight to nine months and rebound in the remaining of the year, should the virus be contained by the early third quarter in the region,” IDC stated.

Globally speaking, IT spend is expected to grow at a rate of 1.3 per cent compared to the earlier prediction of 5.1 per cent, with China unsurprisingly impacted the most. Due to the extended uncertainty period and rising cases of Covid-19, IDC said growth forecasts are predicted to further decline in the coming weeks and months.

“For supply chain disruptions, which started in China and has rippled around the globe – the challenges of logistics are keenly felt as countries employ border controls and restrict movement of people,” added Christopher Holmes, managing director of IDC Insights. “This impacts SMB’s the most, which in turn will have impact on all organisations as non-delivery of a single crew can mean even the largest product cannot be assembled and shipped.”