Researchers from UMass say that a Raspberry Pi edge device can help identify flu-like symptoms in crowds, broadening the range of tools that can be used to track the spread of disease 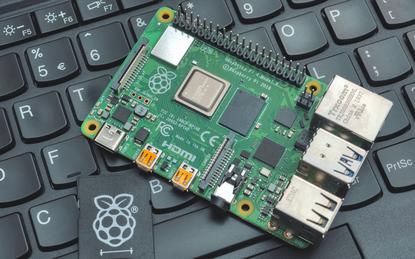 An Internet of Things (IoT) device that tracks coughing and crowd size in real-time could become a useful tool for identifying the presence of flu-like symptoms among large groups of people, according to a team of researchers at UMass Amherst.

FluSense, as the researchers call it, is about the size of a dictionary. It contains a cheap microphone array, a thermal sensor, a Raspberry Pi and an Intel Movidius 2 neural computing engine. The idea is to use AI at the edge to classify audio samples and identify the number of people in a room at any given time.

Since the system can distinguish coughing from other types of non-speech audio, correlating coughing with the size of a given crowd could give a useful index of how many people are likely to be experiencing flu-like symptoms.

A test run between December 2018 and July 2019 saw FluSense installed in four waiting rooms at UMass’ University Health Services clinic, and the researchers said that they were able to “strongly” correlate the system’s results with clinical testing for influenza and other illnesses with similar symptoms.

And bigger plans for FluSense are afoot, according to the paper’s lead author, Ph.D student Forsad Al Hossain and his co-author and adviser, assistant professor Tauhidur Rahman.

“[C]urrently we are planning to deploy the FluSense system in several large public spaces (e.g., large cafeteria, classroom, dormitories, gymnasium, auditorium) to capture syndromic signals from a broad range of people who live in a certain town or city,” they said.

“We are also looking for funding to run a large-scale multi-city trial. In the meantime, we are also diversifying our sensing capability by extending FluSense’s capability to capture more syndromic signals (e.g., recently we added sneeze sensing capability to FluSense). We definitely see a significant level of commercialisation potential in this line of research.”

FluSense is particularly interesting from a technical perspective because all of the meaningful processing work is done locally, via the Intel neural computing engine and Raspberry Pi. Symptom information is sent wirelessly to the lab for collation, of course, but the heavy lifting is accomplished at the edge.

Al Hossain and Rahman were quick to emphasise that the device doesn’t collect personally identifiable information – the emphasis is on aggregating data in a given setting, rather than identifying sickness in any single patient – and everything it does collect is heavily encrypted, making it a minimal privacy concern.

The key point of FluSense, according to the researchers, is to think of it as a health surveillance tool, rather than a piece of diagnostic equipment. Al Hossain and Rahman said that it has several important advantages over other health surveillance techniques, particularly those based on Internet tracking, like Google Flu Trend and Twitter.

“FluSense is not easily influenced by public health campaigns or advertisements. Also, the contactless nature of this sensor is ideal to capture syndromic signals passively from different geographical locations and different socioeconomic groups (including underprivileged who may not have access to healthcare and may not go to a doctor/clinic,” they said.