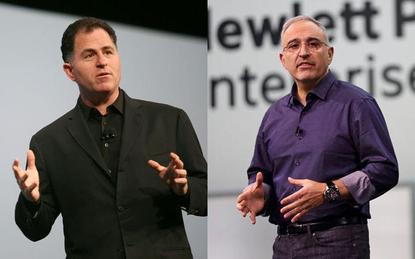 Dell Technologies and Hewlett Packard Enterprise (HPE) remain locked together at the top of the worldwide server market following a “mixed bag” fourth quarter of 2019.

According to IDC findings, HPE - alongside Chinese joint venture H3C Group - recorded revenue shares of 16.3 per cent during the final three months of the year, with Dell Technologies posting 15.7 per cent.

With the analyst firm recognising a statistical tie when there is a difference of one per cent or less in the share of revenues, HPE revenues were down 3.4 per cent year-over-year while Dell Technologies declined 9.9 per cent. However, Dell Technologies led the worldwide server market in terms of unit shipments, accounting for 16.1 per cent of all units shipped during the quarter.

Meanwhile, Lenovo and Huawei were statistically tied for the fifth position with market shares of 5.6 per cent and 5.1 per cent respectively. As explained by IDC, Lenovo's revenues were down 2.6 per cent year-over-year while Huawei grew revenues 1.8 per cent.

The ODM [original design manufacturer] Direct group of vendors, as referenced by IDC, accounted for 25.5 per cent of total revenue, up 37.9 per cent year-over-year to US$6.47 billion.

“While the server market recaptured growth during the fourth quarter, it was a bit of a mixed bag as robust hyper-scaler demand benefited the ODM direct vendor group, which combined with strong non-x86 server purchases to drive the broader market," said Sebastian Lagana, research manager of Infrastructure Platforms and Technologies at IDC.

"While the OEM x86 market was tepid, it's worth noting that 4Q18 was one of the most challenging comparison periods in history, during which many OEMs generated double-digit growth and large revenue bases.”

On a geographic basis, Japan (5.2 per cent) and Asia and Pacific excluding Japan (4.2 per cent) both reported year-over-year growth.