The digital assistant isn’t entirely going away, but we’re near the end of the road for another me-too technology from Microsoft that nobody really wanted 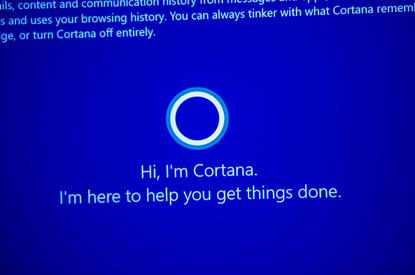 Microsoft is sugar-coating the news, but in the next upgrade to Windows, due this spring, Cortana as we know it will all but cease to exist.

The digital assistant will no longer be easily accessible in Windows 10, and it will lose the ability to do many of the things it was designed to do, such as control smart devices in your home or play music.

Cortana isn’t being killed off outright. Not yet anyway. But it may be at the beginning of one of those long deathbed watches that Microsoft is prone to make failed products endure. Cortana will live on for now, in a much more limited way. I’ll explain it all, but first let’s take a look at Cortana’s checkered history and why Microsoft has decided it’s time to drastically curtail what it can do.

Cortana was first introduced in 2014 for Windows Phone, which met its own demise in 2017. It made its way into Windows 10 in 2015. Microsoft hoped it would compete with Siri and Alexa. (Google Assistant was introduced later.)

But Cortana struggled to find its place. Back in early 2018, after the first (and still only) smart speaker with Cortana built into it was released, I noted how far Cortana had already fallen behind its rivals. By late 2017, Cortana only had 230 skills (essentially voice applications), compared to 25,000 for Alexa.

No one was buying Cortana smart speakers, even as tens of millions of Alexa-powered and Google-powered speakers were being snatched up. I wrote back then, “It looks as if Cortana-powered speakers will suffer the same fate as Microsoft’s other me-too products that had no real reason to exist.”

Later that year, I predicted that it wasn’t just Cortana smart speakers that would likely head to the scrap heap, but Cortana itself. Microsoft had given a clear signal with its latest reorganisation, as the person who had been in charge of Cortana left the company and Cortana was shuffled off from the AI and Research Division into the Experiences & Users team, a significant demotion.

To experienced Redmond watchers, this seemed to mean that Cortana would no longer be developed as an independent, branded product.

I concluded at the time, “It probably signals the end of Cortana as a cutting-edge technology and standalone digital assistant. Instead, Cortana will likely become a less visible technology that provides assistance to other Microsoft products behind the scenes, instead of a highly visible branded product.”

And in late February of this year, that’s exactly what Microsoft announced it is doing. Using the kind of Microsoft-speak designed to obfuscate rather than illuminate, Andrew Shuman, Microsoft’s corporate vice president for Cortana, wrote in a blog, “As part of Cortana’s evolution into a personal productivity assistant in Microsoft 365, you’ll see some changes in how Cortana works in the latest version of Windows 10.

"We’ve tightened access to Cortana so that you must be securely logged in with your work or school account or your Microsoft account before using Cortana, and some consumer skills including music, connected home and third-party skills will no longer be available in the updated Cortana experience in Windows 10."

This is a very big change. It means that people who want to use local Windows accounts instead of their Microsoft, school or work account will not be able to access Cortana.

It means the death of Cortana as a consumer helper. Microsoft has already separated Cortana from the Windows Search box, which by itself made Cortana less useful and accessible. But with this latest move, Cortana becomes even less useful and less integrated into Windows and people’s lives.

From now on, the “evolved” Cortana will work behind the scenes to perform searches for the unclearly defined “Microsoft 365,” which doesn’t seem to be an actual product you can buy on its own. Instead, Microsoft 365 appears to be what Microsoft calls a combination of Office 365, Windows 10 Enterprise and Enterprise Mobility and Security.

How, exactly, Cortana fits into that combo isn’t at all clear. But the examples given in Shuman’s blog post, including checking your calendar, adding a task to your task list and creating reminders, are underwhelming. They are things that Cortana already does, and none of it amounts to particularly earth-shattering technology. Evolution isn’t what it used to be.

Don’t be surprised, though, if digital assistants from other companies become more prominent in Windows 10. There’s already an Alexa app you can download for Windows 10, and Microsoft and Amazon have worked in the past to get Cortana and Alexa to talk to and work with one another.

Microsoft CEO Satya Nadella has shown a willingness to work with one-time and even current rivals — witness his abandoning of the old Edge browser so it can be rebuilt using Chromium, originally created by Google and the underpinning of Google Chrome.

It’s too early to know what kind of partnership Microsoft might forge, but having Alexa front and center for house automation would be one clear target.

The virtual end of Cortana isn’t a big fat failure for Microsoft. Investing more into it would have been that — and the sort of thing Microsoft did in the past, most notably with the very expensive Windows Phone/Nokia venture.

Instead, it’s a sign that Nadella is smart enough to know when a competitor’s product is better than his and so get out of the race. It was, after all, Nadella who eventually killed Windows Phone, and the company has thrived since then. Killing Cortana as we know it can only help the company as well, freeing up resources that can be used to pursue more important technologies.