Live Tiles will not go away if users prefer them, Microsoft executives said 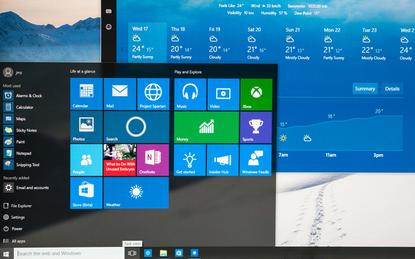 Microsoft showed off a possible future for its Windows 10 Start menu that includes the icons it recently revealed in the context of Windows 10X.

In a Windows Insider podcast, Microsoft designers showed off what might be called a work in progress: a couple of different ways of viewing the Windows Start menu that would emphasise icons, rather than the current Live Tiles.

“The idea is to visually unify the Start menu, [from] a somewhat chaotic colour, to something a bit more uniform,” said Mike LaJoie, one of the icon designers on the Windows team.

There has been speculation that Microsoft might do away with the Windows Live Tiles entirely, especially after the Windows 10X design rolled out. We have a visual tour in our YouTube video.

That will not be the case, said Brandon LeBlanc, who oversees the Windows Insider program. “Those with Live Tiles will still be able to use them,” he said, implying that perhaps the tiles will be able to be adjusted or controlled by users.

In part, the new icons will give users greater control over their layouts, which will be more consistent with whether or not they chose a light or a dark theme, explained Jason Howard, a senior product manager on the Windows Experience team.

With Live Tiles, there’s not only an icon, but also an expanse of background colour that’s independent of the theme the user has picked.

The new approach is what Microsoft calls Fluent Design. Microsoft has an entire series of posts explaining the principles of Fluent Design, and its visual elements.