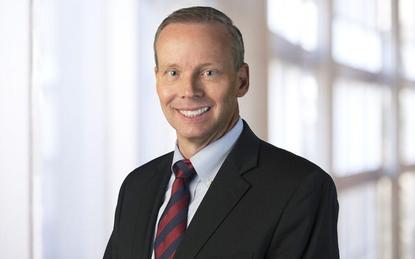 A day after Microsoft pre-announced lower revenues due to the coronavirus impact, Dell Technologies sidestepped the same question.

Dell said its fiscal 2021 guidance of between $91.8 billion to $94.8 billion in revenue does not include any impact from the coronavirus (COVID-19) at all, though executives did say they expect first-quarter revenues to be “negatively impacted,” especially in China.

“We’re going to have to navigate through some of the short-term dynamic that we’ve been seeing,” said Tom Sweet, CFO of Dell, during its fourth-quarter 2019 earnings call.

Dell reported net income of $416 million for the fourth quarter, versus a loss of $287 million for the same quarter the year prior. Revenue was essentially flat, at $24 billion.

Meanwhile, Dell executives said they expect the coronavirus to impact its ability to manage its supply chain in China and elsewhere.

Executives also said they were thinking about whether consumer PC demand was “perishable”—which Dell defined as the possibility that consumers who were considering a PC purchase from Dell would move on if the company didn’t deliver.

Dell’s earnings call comes a day after Microsoft said its PC and Surface business would be negatively effected by coronavirus impacts.

“Although we see strong Windows demand in line with our expectations, the supply chain is returning to normal operations at a slower pace than anticipated at the time of our Q2 earnings call,” Microsoft said Wednesday.

“As a result, for the third quarter of fiscal year 2020, we do not expect to meet our More Personal Computing segment guidance [between $10.75 billion and $11.15 billion] as Windows OEM and Surface are more negatively impacted than previously anticipated.”

Dell added that the era of CPU shortages still isn’t over. Dell said the company expects shortages to persist throughout the first half of the year, though it didn’t name a specific vendor. Intel has reported CPU shortages extending through 2019.

Although COVID-19 precautions have already cancelled major shows like MWC and impacted the attendance of others, Dell said its Dell Technologies World conference will still take place May 4 in Las Vegas. Facebook, however, said Thursday that it had cancelled its F8 conference that was scheduled to begin May 5.