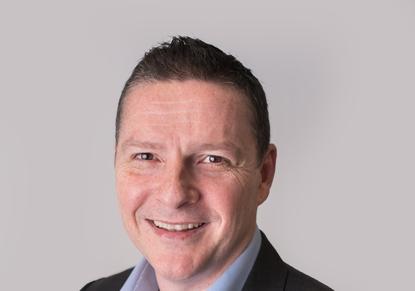 Verizon Asia Pacific has a new managing director in the form of long-serving executive and former head of Australia and New Zealand Robert Le Busque.

The appointment will see APAC gain a dedicated regional lead for the first time since 2016, having previously been overseen by UK-based group vice president Rich Montgomery, alongside other international markets.

Le Busque, who also handled India alongside A/NZ, first joined Verizon in 2002 and has since held a variety of different roles in the company in various markets. He will be based in Sydney and will report to Massimo Peselli, Verizon global enterprise’s sales group vice president.

“2020 will be an exciting year for us as a business, and I look forward to helping our customers transform their business in partnership with Verizon,” he said. “I have a real passion and commitment to excellence in customer service, and look forward to putting this into play for the benefit of all our APAC customers in this dynamic and rapidly growing region.”

According to Verizon, Le Busque will now focus on expanding the US telecommunications provider’s enterprise business and its regional customer base.

In Australia, Verizon attempted to open new doors for itself by signing a reseller deal with the NBN Co that gave it access to the latter’s ‘Enterprise Ethernet’.

The wholesale agreement made NBN's enterprise ethernet and broadband bundles available to Verizon's business and government clients, as well as its channel partners, by the end of last year.

“I’m delighted that Robert is taking on the APAC MD role,” Montgomery added. “He has extensive experience in driving channel, vertical market and platform sales, coupled with expertise in digital transformation, business integration and cyber security. He will be a real catalyst for progress in APAC.”