Black Belt is a partner academy created in region, before launching globally 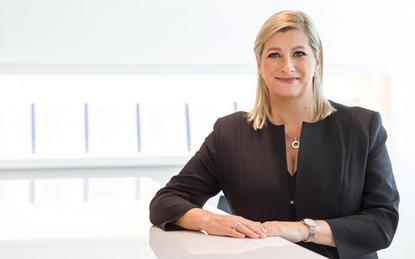 For partners operating outside of America, most consider themselves second-class channel citizens when it comes to vendor priorities.

With most technology giants headquartered in the world’s largest market, it’s often they forget the existence of ecosystems in Asia Pacific and Japan (APJ), Europe, the Middle East and Africa (EMEA) and Latin America.

Cliched marketing will argue otherwise, with global executives on whirlwind visits rolling out stock-standard opening channel addresses such as “Australia is ahead of the world”, “London is leading the way” and “Brazil is spearheading innovation”.

Yet the reality is something different. Partner programs are designed in the US, and built for the US, while product releases can take 18 months to reach other regions following apparent ‘general availability’ roll-outs. Logical perhaps but for technology providers housed in Indonesia, New Zealand and Sri Lanka, or even Australia, Japan and Singapore, having market strategies dictated by 'global' can prove challenging on occasions.

Basic business sense dictates that vendors should prioritise the largest economy on the planet - expected to reach approximately $22.3 trillion by 2020 - but once in a while, the channel needs other regions to shine.

Spearheaded by Vicki Batka - vice president of Partner Organisation APJ at Cisco - and her regional channel team, such efforts were rewarded with a global roll-out of a program designed to enhance technical and sales capabilities at partner level.

“This was an APJ initiative,” said Batka, when speaking to Channel Asia. “Partners were challenged navigating all of the enablement programs available and we found engineering teams were hosting different training sessions in different locations.

“The initial premise was to simplify the process for partners and filter the new content and products, which we achieved by building a front-end framework with structured content available.”

“Some partners don’t care about delivery for example, they just want to sell and move on,” Batka explained. “We wanted to take partners through the process of knowing the technical requirements at a pre-sales level, to what they need to know as they sell it and the key considerations of post-sales support.

“We didn’t have to create the content, more so collating the information we already had and adding in certifications and rewards.”

“If partners want investment from Cisco, they have to show us skills and capabilities,” Batka outlined. “They have to be Black Belt certified in whatever technology they want us to invest in and we can track each stage of the journey and track pipeline.

“This allows our channel team to say to our sales team, ‘this partner is committed, they understand our technology and they have the skills and capabilities to step in and help our customers’.”

Available to all partners, including tier-2 providers through distribution, Batka said the creation of Black Belt was motivated by a desire to streamline enablement activities across the vendor's broad portfolio of solutions and services.

“It was time to put our partners first and be practical,” she added. “We shared this with Oliver and the global team and we received an encouraging response from the HyperFlex division in particular, who wanted to roll out the program in Europe.

“In August last year, we piloted the next phase of the program in the Americas around sales enablement. We focused a lot on the technical aspect but recognise we also need a common and consistent structure to help sales people in partners also sell our products.”

Plans are in place to introduce emerging technologies such as the Internet of Things (IoT) and security into the mix in the near future, alongside opening the doors to select ecosystem partners and third-party providers to bolster channel collaboration.

“Cisco has loyal and long-term partnerships but it’s been very hardware centric in the past,” Batka acknowledged. “The onus has been on us to help partners and show them the way. We’ve engaged deeply with 11 of our larger partners in APJ to do just that, starting in Japan and India.

"Each partner has different objectives and a third-party manages the entire process. The aim is to create an offer specific to each partner based on a software-based consumption lifecycle with ways to bring in their own services capabilities and offers to monetise along the way."

Batka said the initiatives are self-paced models allowing partners to expand at their own pace, whether that be once a week or once a month.

“We’re focusing on company financials and skill-sets, not just assessing whether they are ready to sell software, rather understanding the impact of such change on P&L in the short-term. Partners are used to receiving payment upfront but now the market is changing.”

As reported by Channel Asia, Cisco’s strategy of transitioning into a more software-optimised business is paying off due to an increase in revenue growth through the channel.

During the past 12 months, the vendor’s software business delivered via partners increased 26 per cent, backed by indirect subscription and software-as-a-service (SaaS) growth of 63 per cent. Enhancements through the supply chain align with Cisco recording US$51.7 billion during FY19 - as reported in August 2018 - accounting for growth of seven per cent year-over-year.

Representing a “record year” for the vendor, revenue numbers have coincided with the highest percentage of revenue going through partners, standing at 80 per cent during 2018.

“In APJ, Australia and New Zealand is the leader in terms of software subscription because partners and customers have moved to the cloud faster,” Suzuki added.

“Whereas in markets such as Japan, most things are still within the four walls and traditional businesses are less inclined to move everything to the cloud. India has caught up and the rest of the markets are following in a phased, orderly manner.”

Batka said helping partners sell software has been critical to driving customer adoption across the region, despite an acknowledgment that for traditional resellers and system integrators, the shift represents a “new world”.

“The challenge was that we sold a lot of software to customers but we didn’t know if the software was being turned on,” she said. “This was a dilemma - is the job of the vendor or the partner? Who’s adding the value here by checking in on the customer?

“Fast forward to today and this approach has completely changed, we’re working more closely with partners to assess what activation means and what systems and tools are available.”

Markets in Australia and New Zealand are more advanced through the creation of lifecycle teams and adoption programs already, added Batka, but in Asia a disconnect remains.

“We’re now putting people into my team to be partner-only and teach partners about adoption and activation,” she added. “But also to get partners to think about the mindset of ownership and responsibility and what help the customer needs. We’ll never reach a successful renewal if we don’t ensure software is turned on and utilised.”