The principles were found to be “successful in preventing malicious activities” 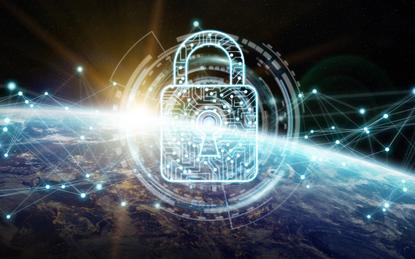 Telstra is one of eight telecommunication companies from around the world that have joined forces to develop four global international cybersecurity principles aimed at protecting end network users from cyber threats.

Australia's largest telco was just one party involved with the World Economic Forum Centre for Cybersecurity in the process to develop the principles.

Detailed in the Cybercrime Prevention: Principles for Internet Service Providers report and taking a year to develop, the four cyber security principles were found to be “successful in preventing malicious activities from getting ‘down the pipes’ to consumers”.

Those principles are, according to the report:

1. Protect consumers by default from widespread cyber attacks and act collectively with peers to identify and respond to known threats.

2. Take action to raise awareness and understanding of threats and support consumers in protecting themselves and their networks.

3. Work more closely with manufacturers and vendors of hardware, software and infrastructure to increase minimum levels of security.

4. Take action to shore up the security of routing and signalling to reinforce effective defence against attacks.

While it remains to be seen precisely how these principles will be implemented by Telstra and the other telcos involved, Berin Lautenbach, chief information security officer for the Asia Pacific region at Telstra, said that international cooperation and strong partnerships are “crucial” to protecting customers and networks from cyber threats as well as positively shaping the global cyber security ecosystem.

“Critical infrastructure providers, including Telstra, rely upon the stable and secure functioning of the internet to deliver essential services in Australia and populations across the world,” Lautenbach said. “That is why we have partnered with other leading ISPs, multilateral organisations and the World Economic Forum’s Centre for Cybersecurity to identify the best practices for countering malicious activity online.

“We are proud to work alongside the World Economic Forum and partner organisations to help make the internet a safer place, and fully endorse and support these four key principals.”

He added that Telstra will continue to collaborate with the World Economic Forum and partner organisations on initiatives that support the four principles.

Amy Jordan, the delivery lead for the platform for shaping the future of cyber security and trust at the World Economic Forum said cyber security is becoming a public safety issue.

“As more and more devices are connected and physical infrastructure becomes increasingly connected, no one company can do it alone,” she said. “The community needs to come together, and these principles can accelerate and scale impact.”

Following the four principles, the report also shows the next steps taken by the parties involved. One major action referred to the furthered development of public sector collaboration.

This includes addressing the roles and responsibilities of public and private sectors, ensuring those who are responsible for cyber security remain accountable for their actions to promote safety and security and to develop policy frameworks to incentivise cyber security adoption within the public sector.

Other action points include driving broader information sharing on known threats and malicious sites, collaboration to improve Internet of Things (IoT) security, allowing ISPs to improve visibility in peer comparison and analysis and measuring the impact of the principles.

The Aussie telco collaborated on the report with BT from the UK, Deutsche Telekom from Germany, Du Telecom from Dubai, Korea Telecom from South Korea, Proximus from Belgium, Saudi Telecom from Saudi Arabia and Singtel from Singapore.