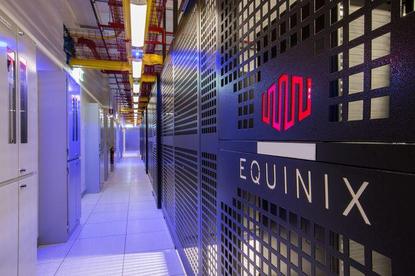 Data centre operator Equinix has announced its intentions to acquire bare metal automation platform Packet in order to speed up the development and delivery of its edge services.

Through the acquisition, Equinix is aiming for “a world class, enterprise-grade bare metal offering” through Platform Equinix, the company’s data centre and interconnection platform for multicloud edge deployment, to allow for digital infrastructure to be deployed at a global scale within minutes.

Meanwhile, Packet’s proprietary technology allows for the automation of physical servers without using virtualisation or multitenancy.

"By acquiring Packet we are making it easier for enterprises to seamlessly deploy multicloud solutions at Equinix and extract greater value from our rich ecosystems and global interconnection platform,” Baack said.

“Our combined strengths will further empower companies to be everywhere they need to be, to interconnect everyone and integrate everything that matters to their business."

Zachary Smith, CEO of Packet, added that the acquisition of his company by Equinix will speed up delivery of edge services for Equinix customers and will also serve the community of developers already using Packet technology.

"We started Packet in 2014 with a vision to redefine the next wave of cloud with a focus on the distribution and automation of fundamental infrastructure. This dovetails perfectly with Equinix's strategy for helping enterprises implement new digital architectures in a growing number of edge locations,” Smith said.

This acquisition follows Equinix's appointment of Guy Danskine as the new managing director of Australia.