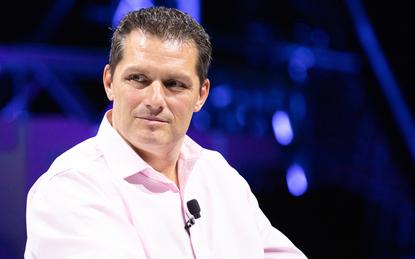 After talking to 497 organisations and receiving 78 briefings from technology companies last year, Forrester Research principal channel analyst of channel partnerships and alliances Jay McBain has outlined what he thinks is coming for the channel in 2020.

One of the more notable expectations among McBain’s list for 2020 is the assertion that indirect sales will shrink every year for the next decade.

Broadly, McBain asserts that consumer trends are starting to shift into the business realm, a move that is likely to see the direct to consumer dynamic carry over into the enterprise market.

In fact, this factor may have already come into play, with 73 per cent of business-to-business buyers reporting that purchasing goods and services via e-commerce platforms, marketplaces or directly from the web is “very convenient,” according to McBain.

“Brands are developing the capability to sell and fulfill directly to consumers, and this will extend to their B2B buyers, as well,” McBain said in a blog post published on 7 January.

Moreover, McBain points out that while cloud technology, along with newer or emerging technological areas such as artificial intelligence (AI) and the Internet of Things (IoT), are growing swiftly, they are typically associated with lower indirect percentages than many of the legacy technology areas they are replacing.

As such, McBain suggests that although the estimated US$2.26 trillion of global indirect technology spend will probably continue to grow, it is likely to grow more slowly than direct sales.

This is expected to cause the current division between indirect and direct spend in the technology industry, which McBain puts at roughly 64 per cent on the indirect side, to fall each year for the next decade.

Given that the flow of indirect sales is likely to slow due, in part, to the rise of online marketplaces, it should come as little surprise that such marketplaces are, in the words of McBain, set to make their mark on the channel.

McBain even puts the number of expected “super marketplaces” likely to dominate business-to-business technology marketplace revenue share in the coming years at 20.

Rise of the ‘retention’ channel

McBain also touches upon the rise of the so-called ‘retention’ channel -- basically another name for those channel players that have built their businesses around the kind of recurring revenue model that arises from dealing predominantly with subscription-based software-as-a-service (SaaS) offerings.

From McBain’s perspective, the ‘retention’ channel is starting to take hold. And while the trend for partners to shift to recurring revenue models of operation as SaaS takes hold is nothing new, the ability to upsell and cross-sell is becoming critically important.

The partners engaging in these cross-sell and upsell activities currently come in the form of consultants, integrators, digital agencies and adjacent independent software vendors (ISVs), according to the analyst.

For McBain, herein lies the embodiment of previous predictions of ‘millions of channels’ entering the market.

“When looking through this trifurcated lens, more than 80 per cent of these (potential) partners will show up before or after the sale, and channel leaders need to break the transactional channel mold,” McBain said in his blog post.

In this context, McBain suggests that the creation of an ‘influencer’ channel -- that is, a channel comprised of players such as referral agents, affinity partners, affiliates and alliances, among others, all of which work to guide end users’ decisions regarding which vendor solutions they want to go with -- will be “critical” to success in 2020.

It should be noted that vendors are well on their way to adapting to this new reality, with McBain observing that Forrester is seeing several moves towards channel software designed to support both transacting- and non-transacting-type partners.

Regardless of the rise of the ‘retention’ channel, however, McBain suggests that the traditional transactional model continues to play a role in the broader channel mix. Indeed, partners that are well-versed in the traditional transactional model will have the opportunity to expand or extend what they do via things like automation, incentives, co-selling and co-marketing.

Operating in a new channel ecosystem

Along with, and in part due to, the extra dimensions introduced by McBain’s co-called ‘influencer’ channel, the average channel program is expected to grow its partner numbers by roughly 10 times in the next five years, according to the analyst, with around 80 per cent of those new additions comprised of non-transacting partners.

This step change in partner types and numbers is likely to lead to increasing complexity when it comes to vendors’ efforts to find, recruit and manage their new partners, each of which will have unique value propositions and business practices, over the coming years.

McBain estimates that, of the firms set to become part of this new legion of partners, organisations occupying the small- and-medium-sized business (SMB) space are likely to comprise more than 90 per cent of the total.

The analyst goes on to point out that the SMB space is “significantly” influenced by its own communities. This factor could see channel account managers turn into community managers.

“Communities offer a smaller group of like-minded people (perhaps even competitors) who share similar experiences and challenges, have the ability to collaborate, and help improve decision making,” McBain said.

With this in mind, McBain suspects that vendors will need to begin creating “mini” channel chiefs or community managers for the discrete segments of the new channel ecosystem that is set to arise as a result of these new entrants.

With a larger, broader and more segmented channel ecosystem, the consideration of partner experience may ultimately catch up to the ever-important concern of customer experience, according to McBain.

Indeed, Forrester predicts that marketing decision makers may begin ranking the improvement of partner experience at the same level with improving customer experience this year.

“Brands are wising up to the notion that customer obsession also means partner obsession and are looking for channel organisations to deliver,” he said.