An exorcism at Microsoft

Satya Nadella has laid his predecessor’s ghost to rest 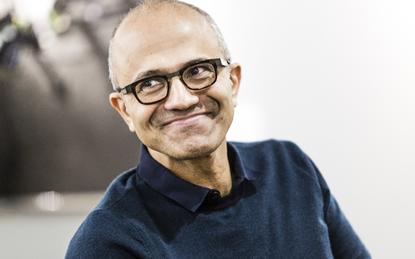 Satya Nadella has been Microsoft CEO for more than five years, having replaced Steve Ballmer in February 2014.

Along the way, he’s made dramatic changes in the way Microsoft operates, doing things that Ballmer likely never would have done, including writing off, for $7.6 billion in 2015, Ballmer’s Nokia acquisition.

But at Microsoft’s recent annual Ignite developers conference, Nadella took actions that killed off Ballmer’s ghost — Microsoft now is clearly Nadella’s company, and Ballmer’s influence has been laid to rest.

None of the actions was dramatic in its own right, but taken together, they show just how little of Ballmer’s legacy is left at Microsoft.

Let’s start with Microsoft’s unveiling of a release candidate of its new Edge browser. It’s based on open-source Chromium, which was originally developed by Google and powers Google’s Chrome browser.

Microsoft announced the move to Chromium months ago and has been releasing betas of the new Edge since then. But by showing off the browser at its annual developers conference, rather than rolling it out quietly, Microsoft emphasised how important the move is to the company’s future. It is saying that it will be working with multiple platforms, in a more open way.

These days, a browser might not seem central to Microsoft’s fate. But under Gates and Ballmer, owning the browser market with proprietary technology was at the core of the company’s Windows-centric strategy, a way to own people’s relationship with the web.

Microsoft built Internet Explorer into Windows, wouldn’t allow other browsers to ship with Windows, and did its best to make sure alternate browsers couldn’t be easily installed.

We all know how that turned out: The federal government went after Microsoft for antitrust violations, and Google and other competitors arose.

Yet through the years, under Gates and then Ballmer, Microsoft continued its go-it-alone, proprietary browser strategy. The result: Today, according to NetMarketshare, Google’s Chrome has more than 67 per cent of the desktop browser market, with Internet Explorer and Edge weighing in with a mere 17 per cent combined.

Despite that failure, Ballmer likely never would have agreed to base Microsoft’s browser on code developed by one of its top rivals, nor would he have been inclined to make that browser available on multiple operating systems, not just Windows. Nadella is doing exactly that, though. And in January, when the new Edge formally ships, Ballmer’s browser legacy will be dead.

There’s another Ballmer legacy that bit the dust at Ignite: the ill-fated decision to bet the company’s future not on software that runs on the Windows desktop, but instead on apps written on an entirely new platform. Those apps have been called various things through the years, including Metro apps, Modern apps and Windows Store apps.

These apps are written using what Microsoft calls the Universal Windows Platform (UWP), which is anything but universal. UWP was rolled out for the terrible, ill-fated Windows 8, with the idea that Microsoft would force people to give up using applications like Office that run on the desktop. Those applications are called Win32 apps.

UWP apps would run only on the new part of Windows, designed primarily for mobile rather than desktop computing. These new apps would become the center of the Windows universe.

But at this year’s Ignite, Microsoft announced a change that finally killed that strategy. The company released the alpha version of a library for developers, WinUI 3.0, that will allow developers to take capabilities and features from UWP and include them in Win32 apps. Expect UWP-only apps to bite the dust.

And to emphasise that Microsoft has finally thrown in the towel on its UWP platform, the company also announced that its OneNote note-taking app will continue to live and be developed as a desktop app, even though it previously had said the desktop version of OneNote would get no new features.

The idea seemed to be that the UWP version would take the reins while the Win32 OneNote rode off into the sunset.

Now, the desktop version of OneNote will get plenty of new features. Don’t be surprised if the UWP version doesn’t. In essence, this spells the death of UWP, which was Ballmer’s baby. There’s not a chance Ballmer would have killed it, as Nadella is doing.

It’s been clear for a while that Nadella is pursuing his own vision for Microsoft, separate from Ballmer’s. It has paid off spectacularly, with the company worth more than $1 trillion. And now, the ghost of Ballmer past has been exorcised from the company as well.