In 2020, businesses likely to shift blockchain focus to integration, interoperability

As the hype around blockchain cools and enterprises continue to cut their tech teeth on the distributed ledger, non-technical challenges and interoperability hurdles are emerging 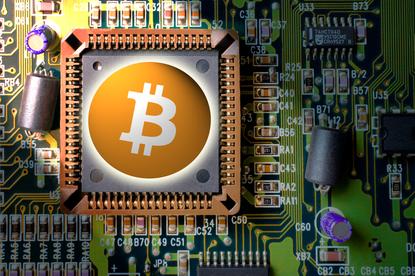 After several years of proofs of concept testing, followed by pilot programs, enterprises deploying blockchain should turn their focus toward integrating the distributed ledger technology (DLT) with legacy data systems and making sure they can communicate with other external blockchains.

That advice is part of Forrester Research's 2020 Predictions, which highlight several upcoming challenges for the nascent electronic ledger technology.

In the world of enterprise blockchain, the shift from irrational exuberance to realistic assessment is almost complete, Forrester said.

"While we still see a lot of excitement around what DLT can or could do, the focus has expanded to include questions about how DLT is going to deliver a particular benefit," the report said.

Among Forrester's predictions: the battle between private and public blockchains will heat up and the debate will reach corporate executive teams; 80 per cent of blockchain deployments will be hybrid, multi-cloud or both; and non-technical issues will represent some of the biggest hurdles.

"It really is first agreeing on what data is to be shared among partners, what that process should look like, and then putting everything on an appropriate legal footing," said Martha Bennett, a Forrester vice president of research. "You need to understand what yours and others' contractual obligations are. No one has done this to scale."

For example, when a company rolls out a blockchain ledger, it will not likely integrate with existing corporate single sign-on capabilities. So, for a time – perhaps even permanently – a blockchain project will likely function on an exception basis, which propagates discussions around security and risk management.

"It sounds like a minor thing, but I've seen projects grind to a halt over it," Bennett said.

Governance of a permissioned business blockchain is also a critical non-technical issue that hampers deployments. Most often, determining how a distributed ledger will be managed falls to a single third party in charge of key considerations, such as who has access and who can invite new members onto the ledger.

Additionally, while early governance models have basic rules about on-boarding new users, rarely do they address the off-boarding process, according to Forrester – especially if rules have been broken and legal issues arise.

Hybrid blockchains, which are expected to dominate e-commerce, also face hurdles  such as scalability and privacy. For example, supply chain partners who enter into a blockchain must be extremely careful about data they place on the electronic ledger and the ledger owner should be aware of throughput issues that could affect costs.

Hybrid blockchains are a combination of a permissioned blockchain (for backend transactions between businesses) and a public blockchain, which enables a public-facing application. That would allow consumers, for instance, to see how produce was grown on a farm and transported to grocery store shelves.

Mastercard recently partnered with track-and-trace software provider Envisible to create a blockchain-based supply chain platform to help supermarkets trace the origin of seafood while also enabling consumers to see the history of the catch.

As blockchain ledgers proliferate in the corporate world, enterprises will need to ensure their flavour of distributed ledger can communicate with other platforms deployed by potential business partners. The result: interoperability is expected to take center stage next year.

Businesses should be "extremely" concerned about interoperability and integration, according to Bennett. She said many of her clients building multiple blockchain networks began pinging her four or five months ago with questions about how they could all interoperate.

"The whole public-versus-private blockchain argument is the reason enterprises are becoming interested in the interoperability discussion. If I'm building silos with permissioned blockchains, is there an alternative? If I want to run something hybrid, things would need to be interoperable," Bennett said.

Interoperability also applies to public and private cloud infrastructures; some enterprises host their own blockchain technology while also outsourcing blockchain services from vendors, such as Amazon AWS and Microsoft Azure.

Some blockchain vendors, such as IBM and Oracle, have developed APIs to pass data from legacy systems or from one blockchain to another, but not necessarily between different platforms.

And, once an external data source is added to a blockchain ledger, ensuring messages are secure and data is accurate and not duplicated becomes yet another issue.

For example, if a company has tokenised assets – meaning it created a digital representation of the value of an asset, such as oil or other commodities – the company must be able to ensure those tokens are deleted from the original ledger once they've been traded or transferred to a secondary one. Otherwise, the assets would be duplicated.

It's already clear that there are several blockchain-based networks covering many of the same functions, such as trade finance, invoice factoring, shipping documentation, and product provenance. There are also networks with adjacent functionality, such as supply chain track-and-trace and financing. To deliver on the promise of frictionless processes, those networks will need to talk to each other somehow.

Much of the debate for 2020 will be around exactly what it means for one blockchain network to talk another and how that happens: simple message passing? transfer of value between chains? interoperability at the state level?

"We've already got a plethora of startups and other initiatives promising (sometimes miraculous) solutions; expect the battle to heat up, but don't expect neat, widely applicable solutions," Forrester said in its report.

Many businesses risk creating siloed networks if interoperability isn't baked into a platform or the industry doesn't settle on standards.

Earlier this month, Gartner released a report predicting that by 2021, 90 per cent of current enterprise blockchain platform implementations will need replacing within 18 months to remain competitive, secure and to avoid obsolescence.

Several industry groups are now working to address interoperability and scaling (the ability for a blockchain ledger to handle data traffic generated by hundreds or thousands of users).

Earlier this year, the Enterprise Ethereum Alliance (EEA) announced new and updated specifications aimed at helping developers create business-class blockchain networks that are faster, easier to use and capable of interacting with other DLT networks.

And the Linux Foundation is working on developing smart contracts that can be used across industries to create business automation processes via blockchain. Those efforts are expected continue into the new year as the blockchain industry evolves.