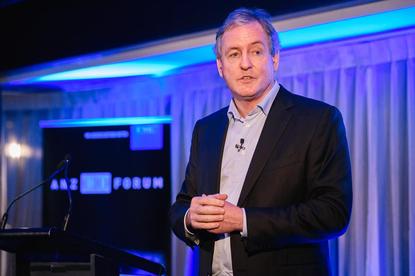 The former boss of Dell EMC Asia Pacific who exited the company during a regional restructure has resurfaced at enterprise cloud vendor Workday.

David Webster has been appointed as Workday president of Asia Pacific and Japan, taking over leadership from the outgoing David Hope.

Webster’s appointment will mark a shift in the company’s leadership away from Singapore, where Hope was based, to Workday’s Australian headquarters in Sydney.

He will report to Chano Fernandez, the co-president of the California-based vendor and be tasked with growing its capabilities in financial and human resource management tools, plus planning and analytics applications.

The company currently has three offices in Australia -- Sydney, Melbourne and Brisbane -- as well as a base in Auckland, and was previously said to have around 200 employees across the entire APJ region.

In 2018, it acquired cloud specialists Adaptive Insights for $1.55 billion and currently has partnerships with Accenture-owned DayNine, Collaborative Solutions-owned Theory of Mind, Deloitte and PricewaterhouseCoopers (PwC).

“I am excited to help lead Workday into its next phase of growth,” Webster said. “With more companies in the region looking to harness technologies such as ours to gain a competitive edge, I look forward to driving the business forward and enabling customers to become future-ready.”

Webster previously spent 14 years at EMC, joining initially as president and managing director for Australia and New Zealand before being promoted to president of EMC for APJ in 2012.

In 2016, following EMC’s US$67-billion acquisition by Dell, he was appointed president for Dell EMC enterprise in APJ. His tenure, however, came to an end in May this year as Dell Technologies restructured its sales teams in APJ under the leadership of regional president Amit Midha.

In the years since the acquisition, Dell Technologies slowly began sidelining the EMC brand, rebranding its flagship event from Dell EMC World -- as it was known in 2016 and 2017 -- to Dell Technologies World this year.