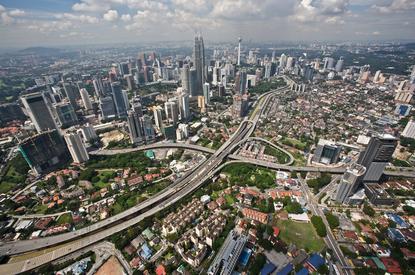 The total telecom and pay-TV services revenue in Malaysia is expected to increase at a compound annual growth rate (CAGR) of two per cent between 2018 and 2023, according to new findings.

Research from GlobalData - a specialist data and analytics company - suggests such growth will be supported by the rising adoption of mobile data, fixed broadband and pay-TV services.

The report - Malaysia Country Intelligence Report - states that mobile data services will account for 39 per cent of the total telecom and pay-TV services revenue by the end of 2023 and remain the largest revenue contributor to the overall market through the forecast period.

Delving deeper, mobile data usage is expected to more than double during the forecast period, reaching 12.5GB/month by the end of 2023.

According to findings, this will be driven by “rising consumption” of high-bandwidth online video content over smartphones backed by continued rise in smartphone ownership, widespread availability of 4G services and increasing adoption of postpaid plans with high data volumes.

“4G will to be the most adopted wireless network technology during the forecast period, driven by continued long-term evolution (LTE) network expansions and improvements by mobile operators,” said Deepa Dhingra, analyst of Telecommunications, GlobalData.

“With planned 5G network trials by major mobile network operators, GlobalData expects 5G services to be commercially available in Malaysia in 2022 and account for an estimated 1.7 per cent of mobile subscriptions by 2023.”

This is also in addition to “strong growth” in fibre-to-the-x (FTTx) subscriptions across residential and business segments, according to Dhingra.

On the flip side, mobile voice revenue is expected to decline over the forecast period due to a significant drop in monthly usage rates as customers shift to over-the-top-based communication services. Fixed voice revenue will also register a decline as a result of declining fixed voice average revenue per user and drop in circuit-switched lines.

In the pay-TV market, Dhingra said that the continued growth in direct-to-home (DTH) and Internet Protocol television (IPTV) subscriptions will drive growth in pay-TV revenues through 2023.

“Operators are currently focusing on driving IPTV subscription base through fibre-based bundled IPTV services and are offering rebates and discounted set up fees to drive DTH subscriptions,” Dhingra added.