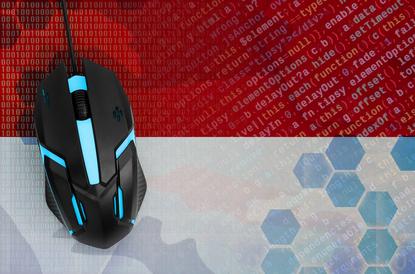 Small and medium-sized businesses (SMBs) in Indonesia and the wider Asia Pacific market are failing to embrace digital tools and platforms as barriers to adoption continue to rise.

That’s according to findings from Accenture, in surveying 1500 executives across SMBs in Indonesia, China and Japan.

The headline takeaway from the report - entitled ‘Driving New Growth for APAC SMBs: Realising the Platform Opportunity’ - is that SMBs fail to see value in platforms and online tools.

The move comes despite digital transactions in Indonesia nearly quadrupling between 2014-17, according to findings.

“SMBs are the world’s most powerful growth engine and make up 98 per cent of all businesses in China, Indonesia and Japan,” said James Kim, managing director of Software and Platforms across Asia Pacific, Accenture.

Forty-five per cent of SMBs also identified privacy and security concerns as a top barrier to adopting digital platforms, alongside a lack of customer support for marketing tools (44 per cent), uncertainty with the relevancy of data analytics (38 per cent) and high service charges for payment tools (37 per cent).

When non-digital SMBs were pressed on why a digital platform strategy hadn’t been initiated at an internal level, 72 per cent cited “uncertainty” about whether digital platforms would help their business.

Delving deeper, 65 per cent highlighted “expense and difficultly of implementing and maintaining the platforms” as a key barrier to entry, as well as a lack of skills and experience (55 per cent) needed to manage digital platforms.

Digital tools were most commonly used in the marketing function - cited by 88 per cent of SMBs in Indonesia - “significantly more than” for sales, payments and customer-service functions.

“Since customers of SMBs are increasingly embracing digital channels to engage and transact, SMBs would be wise to embrace digital as well,” Kim added.