Cyber criminals shifting focus away from consumers to business 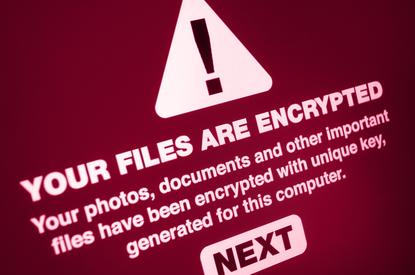 Ransomware detections against businesses have increased 81 per cent in Singapore during the past 12 months, as attackers prioritise the enterprise over consumers.

According to new findings from Malwarebytes, cyber criminals are shifting focus to business following a slight decrease of seven per cent in ransomware targeted attacks at consumer-level.

“This year we have noticed ransomware making more headlines than ever before as a resurgence in ransomware turned its sights to large, ill-prepared public and private organisations with easy to exploit vulnerabilities such as cities, non-profits and educational institutions,” said Adam Kujawa, director of Malwarebytes Labs.

“Our critical infrastructure needs to adapt and arm themselves against these threats as they continue to be targets of cyber criminals, causing great distress to all the people who depend on public services and trust these entities to protect their personal information.”

Kujawa said Trojans remain the most common threat among the Asia Pacific region, for both businesses and consumers, followed by Adware. Meanwhile, GandCrab is the most prevalent type of ransomware globally, with Rapid and Locky coming in a close second in Asia Pacific.

“As we approached Q2 2019, consumer detections were poised to dip below business detections of ransomware for the first time, an expression of lost interest from cybercriminals on individual targets as they look to higher value opportunities,” the report stated.

“Moving ahead into the second half of 2019, ransomware is expected to continue to evolve through manual and blended attacks with worm-like functionality, as well as more paired attacks with other malware families.”

Furthermore, Ryuk detections increased by 88 per cent over last quarter, while Phobos exploded 940 per cent from Q1 2019.

According to the 2019 Telstra Security Report, 83 per cent of Singapore businesses experienced ransomware attacks in 2018, accounting for the highest rate globally (61 per cent) of paying a ransom after an incident, alongside New Zealand.

Almost half (45 per cent) of businesses in Singapore also expressed concern about the potential loss of productivity following a major security breach, with over half suffering a security breach last year.

“Due to the rise of increasingly sophisticated attacks, companies are more aware than ever of the damage these attacks have on reputation and customer trust,” said Marjet Andriesse, managing director of Asia Pacific at Telstra.

“Ransomware continues to be a challenge for many businesses in Singapore, which is a very important issue as those attacked face a serious potential loss of productivity, data, and public trust."