Broadcom snaps up enterprise security business from Symantec in $10.7B deal 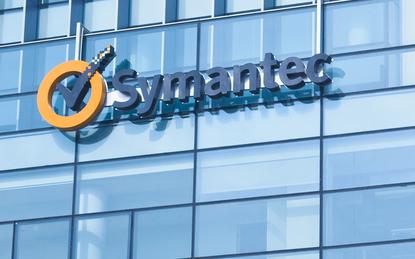 Broadcom has acquired the enterprise security business of Symantec for US$10.7 billion in cash, putting an end to weeks of mounting media speculation.

The buyout is designed to “significantly expand” the vendor’s infrastructure software footprint following the US$19 billion buyout of CA Technologies in July 2018.

“M&A has played a central role in Broadcom's growth strategy and this transaction represents the next logical step in our strategy following our acquisitions of Brocade and CA Technologies,” said Hock Tan, president and CEO of Broadcom.

“Symantec's enterprise security business is recognised as an established leader in the growing enterprise security space and has developed some of the world's most powerful defence solutions that protect against today's evolving threat landscape and secure data from endpoint to cloud,” Tan added. “We look forward to expanding our footprint of mission critical infrastructure software within our core Global 2000 customer base.”

The transaction, which is expected to close in the first quarter of Broadcom's fiscal year 2020, is subject to regulatory approvals in the U.S., EU and Japan and other customary closing conditions.

Upon closing of the transaction, Tan said Broadcom will “own and incorporate” the Symantec brand name into the Broadcom portfolio.

As reported by Channel Asia, Symantec replaced Greg Clark with director Richard Hill on an interim basis. Hill was formerly CEO of semiconductor maker Novellus Systems, giving him experience in enterprise sales, an area where Symantec has faltered.

“It wasn’t a total surprise,” observed Eric Parizo, senior analyst at Ovum. “A change at the top had become inevitable. After several years of strategic realignment and largely positive momentum, Symantec’s fortunes of late have been rapidly deteriorating."