How Alphabet security moonshot Chronicle fits in at Google Cloud

In late June this year, Google parent company Alphabet announced that Chronicle - the 'moonshot' spinout that became a standalone security company - would be folded into Google Cloud. Here's what it promises to bring to customers 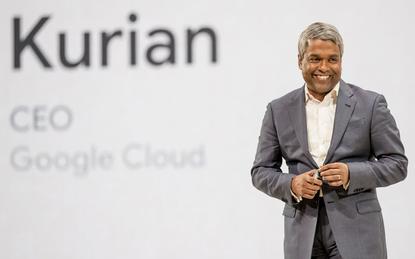 In late June this year, Google parent company Alphabet announced that Chronicle - the 'moonshot' or experimental spinout that would become an independent security company - would be folded into Google Cloud.

The decision was realised just months after Chronicle launched its first enterprise product, Backstory - a platform designed to allow security professionals to leverage Google's infrastructure to intelligently comb through alerts data, separate false alarms, and surface threats that should be prioritised.

In a pitch that has become de rigueur for some of the leading lights in cybersecurity, Google promised at the time that Backstory would help automate the slog of combing through large volumes of machine data, so that security professionals can focus on their day-to-day operations rather than drowning in alerts.

It launched Backstory at a 2019 event coinciding with the RSA security conference, and was seen at the time as a play in the market against log data and cybersecurity specialist Splunk.

The idea behind Chronicle, wrote cofounder and CEO Stephen Gillet in a Medium post, first came into existence in late 2015. It would join VirusTotal, the security scan engine that Google bought from Spain's Hispasec Sistemas in 2012, which was transferred to Chronicle when the latter launched as an independent vendor.

Chronicle's products certainly look like a natural fit for the Google Cloud Platform (GCP), as it seeks to further build an edge in big data, machine learning and security capabilities.

The launch of Chronicle as an independent entity was met with some confusion when it was announced - and just over a year later the company's status as a security vendor all of its own has crumbled.

The 'big three' public cloud vendors have in recent years pushed their security credentials hard - and former Google Cloud CEO Diane Greene very publicly said that an area of focus for the business was in security, as well as AI, where it is already considered a leader.

At the time she said that both AI and security were the "number one worry for customers and the number one opportunity for GCP". Current Google Cloud CEO and former Oracle executive Thomas Kurian has since reiterated that security was a priority for the public cloud division.

He added that VirusTool and Backstory will complement the existing suite of Google Cloud services, and ultimately build out a "comprehensive end-to-end" platform that "will enable customers to detect and mitigate threats faster, both within their cloud deployments and across their entire enterprise".

It is of note that Google Cloud is targeting the security analytics market here, where big data vendors like Splunk and AppDynamics have established themselves as leaders.

Both have built a base around helping organisations retrieve insights from their data lakes, and especially with machine learning - so watch this space as to whether or not GCP, which is known for its expertise in AI and machine learning in particular, manages to grab market share here.

Kurain said that Chronicle should be fully folded into GCP by Autumn this year, and that the integration process has started already. Lastly, pricing for Backstory is fixed on a per user basis, as opposed to by data volume, allowing organisations to crunch as much as they like.