Other early adopters include AT&T and Nestlé 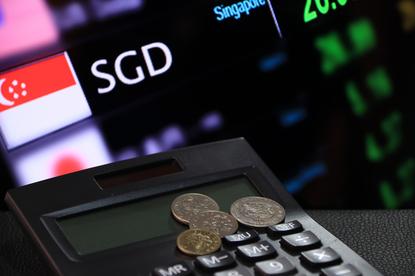 The deployment comes amid general availability of the offering, with other early adopters including AT&T and Nestlé.

“Ever since overcoming the physical limitations of open-outcry trading pits, technology has been fundamental to the transformation of critical financial-market infrastructures,” said Andrew Koay, head of Blockchain Technology at SGX.

“SGX sees blockchain technology as a way to bring innovation to our distributed financial marketplace, and we have developed Delivery-versus-Payment (DvP) capabilities for the settlement of tokenised assets across different blockchain platforms.”

As one of Asia’s leading market infrastructures, SGX operates equity, fixed income and derivatives markets to the highest regulatory standards.

“This allows us to focus on adding business value and not worry about managing or scaling the underlying platform.”

The service targets customers wanting to allow multiple parties to execute transactions and maintain a cryptographically verifiable record, without the need for a "trusted, central authority", while also setting up a blockchain network spanning multiple AWS accounts housed within the AWS Management Console.

In addition, Amazon Managed Blockchain is built to scale to support "thousands of applications and millions of transactions" using open source frameworks such as Hyperledger Fabric and Ethereum.

“Customers want to use blockchain frameworks like Hyperledger Fabric and Ethereum to create blockchain networks so they can conduct business quickly, with an immutable record of transactions, but without the need for a centralised authority,” said Rahul Pathak, general manager of Amazon Managed Blockchain at AWS.

“However, they find these frameworks difficult to install, configure, and manage. Amazon Managed Blockchain takes care of provisioning nodes, setting up the network, managing certificates and security, and scaling the network.