What next for SAP HANA?

Once hailed as the crown jewel for the enterprise software maker, but following a raft of high profile layoffs some are questioning the future of the once-cutting edge database technology 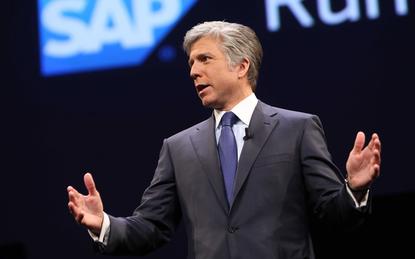 It was once hailed by SAP CEO Bill McDermott as the vendor's "biggest launch in 23 years, if not in the entire history of the company" - but as a raft of high-profile employees have been let go in recent weeks, we ask: has HANA lost its lustre at the German company?

Earlier this year the company announced it would be going through a major restructure, with McDermott telling the Wall Street Journal that 4,400 jobs will be affected. The overall aim was to better focus on "strategic growth areas" in the words of CFO Luka Mucic.

Since then there have been some high profile exits. Long-time CTO Bernd Leukert parted ways with the company in February, issuing a statement that read: "I am very proud to have been a member of the SAP Executive Board and to have launched the most groundbreaking innovation in our industry, SAP S/4HANA.

"I sincerely thank Hasso Plattner and the Supervisory Board for their trust and support for many years."

Ken Tsai, who headed up global product marketing for a raft of SAP products, including SAP HANA, is now working at Adobe, and both Thomas Jung and Rich Heilman publicly announced they were laid off earlier this month, having both worked on HANA for the best part of this decade.

The HANA development teams in Germany and Korea appear to have avoided the brunt of these layoffs, however.

As Den Howlett at Diginomica put it in his analysis of the layoffs: "If you understand anything about development it is that it is often a very few geniuses who make software sing. In this case, Jung and Heilman are those geniuses. I know that from personal experience.

"What's more important is that Jung and Heilman are the two people who could reliably help sales close out deals by explaining to technical leads what needs to be done in HANA environments.

"They developed and led masterclasses all over the world. They understand SAP HANA end-to-end. They also commanded deep respect among the SAP developer community."

Some took to popular site The Layoff, mostly anonymously, to vent their frustration with the moves. "SAP's Engineering Culture died this week. Full stop. Period," someone wrote on the forum. Renald Wittwer, a freelancer who has worked with SAP tweeted at the CEO: "@BillRMcDermott What are you doing? This cut is too deep, into the muscle of SAP".

"Strange though that SAP have made a firm comment on HANA development but end up canning techies like Thomas Jung, this sends out a mixed message to SAP customers and the UC in general"

What next for HANA?

The common theme here is HANA, which was first release in 2010 promising a fundamentally different data store to your classic relational database.

It runs in-memory, meaning data is stored in columns instead of rows, allowing for faster, near to real-time analytics and compute capabilities and it underpins SAP's latest and greatest enterprise resource planning (ERP) software S/4HANA as well as its next generation CRM offering, C/4HANA.

The truth is, SAP has long struggled to clearly get across what HANA is, and why customers should shift their precious enterprise data to this new data store.

Speaking to Computerworld UK back in 2015, during the SAP Insider tour in Nice, SAP's cross platform product marketing vice president Matthias Haendly admitted: "There is confusion over HANA, and we can always do more to explain what exactly each one can do for you."

With the loss of these architects of HANA it is fair to question the future direction of that product, with the tea leaves suggesting that SAP is focusing on HANA as the underpinning technology to its SaaS applications, rather than as a standalone database technology.

This strategy certainly makes sense as the powerful cloud vendors have increasingly commoditised the technology, with Amazon, Microsoft and Google either developing their own in-memory data solutions, like ElastiCache, or partnering with Redis for something like Google's Cloud Memorystore.

It also fits with SAP's recent M&A focus on SaaS companies and a marketing focus on SaaS versions of its own solutions, like S/4 and C/4.

A spokesperson for SAP refutes this view however, telling Computerworld UK: "The restructuring is fully in line with our existing product and technology priorities and we remain firmly committed to the growth and ongoing development of SAP HANA.

"All decisions are entirely focused on strengthening our focus and centralising efforts to scale and maximise internal collaboration."

Responding to the high-profile exits this month, Mathias Golombek, CTO at rival in-memory analytic database firm Exasol, commented: "SAP HANA was created from scraps of software and under extreme time pressure a decade ago.

"Despite having a talented team, this approach was predestined to a badly-designed underlying architecture, too much complexity and limitations regarding scalability. Once users are trying to use it as stand-alone analytical database, they face lots of frustration due to HANA's complexity, stability and costs.

"It therefore makes sense for SAP to (re)focus on its business applications and services rather than trying to provide pure infrastructure technologies like databases."

Holger Mueller, principal analyst at Constellation Research told Computerworld UK that although SAP has not officially signalled a shift in its strategy around HANA, the changes to its workforce do signal something to that effect.

"Already back at Sapphire 2018 SAP stated the plan that to enable the new "intelligent core" value proposition," he told Computerworld UK, which involves not just S/4HANA and C/4HANA running on HANA technology but also SAP Analytics and what he calls "'the '5 sisters': Ariba, Concur, Fieldglass, Hybris, SuccessFactors".

"Naturally big internal investment like moving the infrastructure of large cloud providers like these means a stronger internal focus on making these moves successful. It will be key to learn this year at Sapphire where SAP stands in that migration effort."

On the other hand, Vinnie Mirchandani, an independent analyst and author of SAP Nation, told Computerworld UK that he doesn't tend to read into layoffs too deeply as they can become "too emotional" and that during his time with the vendor this month, he "didn't get that point of view".

McDermott has been busy over the past couple of years in his bid to spread the gospel of 'the intelligent enterprise' and a variety of shiny new objects, from the complicated beast that is SAP Leonardo, to its Salesforce challenger CRM software C/4HANA.

The multi-billion dollar acquisition of Utah unicorn Qualtrics last year was another indicator of where McDermott's head is at regarding the future direction of SAP.

Whether or not SAP is really ramping down its focus on HANA as a standalone technology, all signs point the German behemoth towards being more of a software-as-a-service provider, with HANA underpinning those applications but perhaps less of a 'strategic growth area' as a standalone database technology.

Just don't tell the companies that invested in it as a standalone technology, or the people that staked their career on HANA skills.

SAP has said that it will make HANA leadership available to speak with Computerworld UK during its Sapphire conference in Orlando in May, so watch this space.